After enjoying the bye weekend, Wests Tigers return to the field this Sunday as they head to Melbourne and face off against a red-hot Storm side at AAMI Park.

Not since 2013 have Wests Tigers played Melbourne away from home, and history shows that the Storm have an exceptional record against the visitors in Melbourne, with Wests Tigers only winning once in 11 matches played since their foundation in 2000.

Despite the alarming record, Jason Taylor’s side will be buoyed by their last start efforts against South Sydney and come into the match with plenty of confidence as a result.

Wests Tigers will stick to the same formula that worked well against the Rabbitohs, with Dene Halatau starting at hooker and Robbie Farah coming off the bench. Jordan Rankin also returns on the wing after some impressive performances in the Intrust Super Premiership, while Sauaso Sue starts in the front row for Ava Seumanufagai (bench).

Melbourne have been in scintillating form throughout 2016 — winning 11 of 14 to sit in the top four at the halfway point of the season. Their last start defeat to the Dragons broke a seven-game winning streak (dating back to their Round 7 win over Wests Tigers), but it's important to note that Craig Bellamy's side were missing their entire spine for the match.

After six straight losses earlier in 2016, Wests Tigers have bounced back to win four of their last six and now sit just outside the top eight. A win against the 2015 finalists would no doubt be crucial in carrying on that momentum heading into the latter part of the year. For Wests Tigers, Jordan Rankin makes a return to the side replacing Josh Addo-Carr on the wing. Veteran utility Dene Halatau and Sauaso Sue will start with Robbie Farah and Ava Seumanufagai shifting back to the interchange bench. Both Farah and Aaron Woods return after a playing big minutes in Origin II at Suncorp Stadium on Wednesday night.

For Melbourne, State of Origin representatives Cameron Smith and Cooper Cronk have been named to back up for the clash, with Cameron Munster and Blake Green also expected to play after they were late withdrawals from their side's loss to the Dragons. 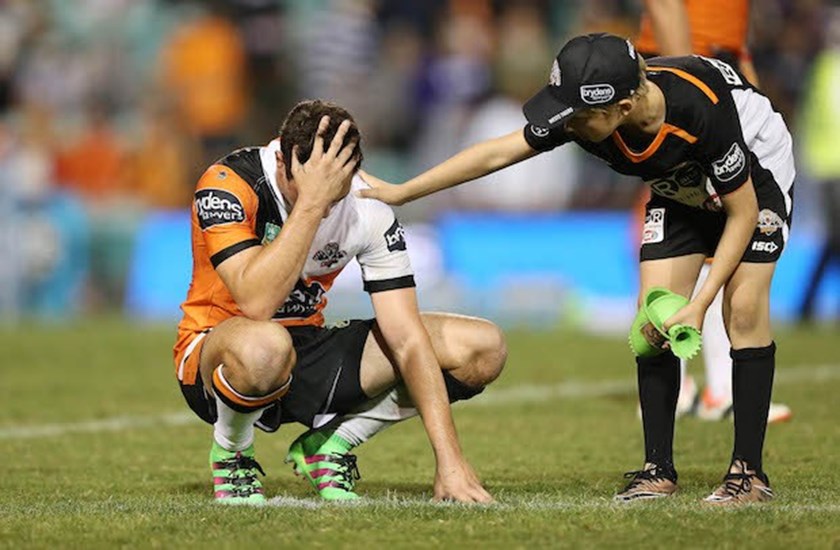 When these two sides met earlier in the year, it was a Golden Point thriller at Leichhardt Oval, with Cooper Cronk slotting home a field goal to give the Storm at 19-18 victory.

Melbourne crossed the line in the first minute of the game before Josh Addo-Carr scored the home side’s opening try on NRL debut. A further four pointer to Luke Brooks inside 20 minutes had Wests Tigers leading 12-4 at the break, before tries to Cooper Cronk, Suliasi Vunivalu and Marika Koroibete gave the Storm a commanding advantage.

Wests Tigers would fight their way back into the match a Kevin Naiqama try and late penalty goal from Jordan Rankin that forced the game into Golden Point at 18-all, before Cronk broke the hearts Leichhardt faithful with a field goal from 35 metres out to win it.

When Billy Slater was ruled out for the season, many believed Melbourne would struggle without the international fullback. However, Cameron Munster has filled the void with ease and is a serious threat to opposition sides when combining with class internationals Cameron Smith, Cooper Cronk and Jesse Bromwich. After 15 rounds, the 21-year old sits second behind Bulldogs prop James Graham with the most runs in the competition, and third behind both Graham and Cowboys forward Jason Taumalolo in metres gained.

In his most recent outing back in Round 14 against the Roosters, the Rockhampton junior made four line breaks that resulted in a try and three assists.

Perhaps most impressive is the fact that Munster has only made four errors all season — the best average by any fullback that has played over ten games in 2016.

The battle between Munster and in-form James Tedesco will be just one of many key match up highlights during the game, with Tedesco returning serve with ten tries of his own for 2016 and 69 tackle breaks to sit above Munster on the statistics list. 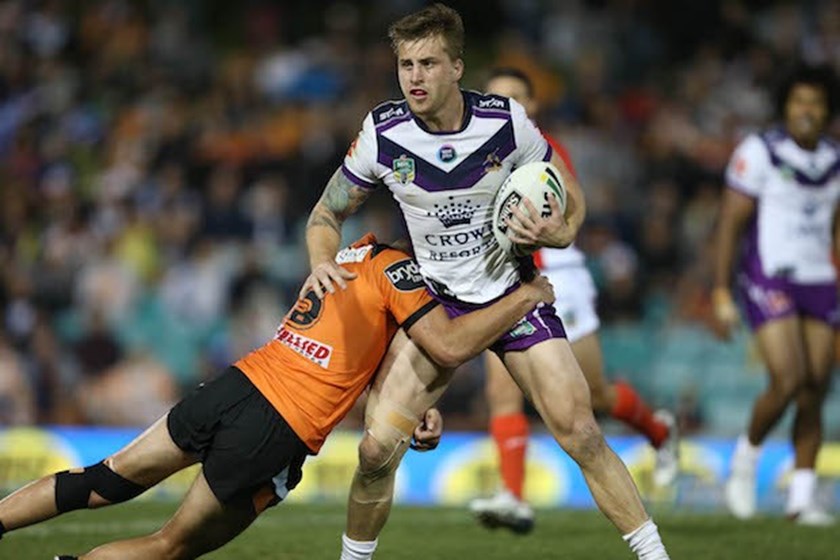 “It's always a big challenge when you play Melbourne at home. I've never played there before but I'm looking forward to it and I'm sure the rest of the boys are too.” — Tim Simona

“It was lucky we won that game (in Round 7), we played some good footy and they’ve got some dangerous players in their side so if we don’t turn up we will get run over.” — Kevin Proctor

“It will be a big test for us — the biggest of the year so far. When we beat Brisbane up there, they had six Origin players out, but Melbourne will have their full strength team, so this will be a good test to see where we are at as a team.” — Elijah Taylor

1. Melbourne has won 10 of 11 games against Wests Tigers at home.

2. Elijah Taylor is averaging 46 tackles per game — highest of any player in clash.

3. Luke Brooks leads all players in the competition with 14 line-break assists this year.

Apps, Sergis, Vette-Welsh excited to get the band back together