A Parramatta junior, Twal was a standout junior representative forward at the Eels with selection in both the NSW U/20's and Junior Kangaroos in 2015/16 before being promoted to the Parramatta first-grade squad under Coach Brad Arthur.

Originally signed to Wests Tigers from the start of 2018 through to at least the end of the 2020 season , Twal joined the club on a mid-season transfer in 2017 from Parramatta that saw Mitchell Moses depart in the other direction.

Twal made his first-grace debut in Wests Tigers’ Round 17 win over the Newcastle Knights, just a day before his 21st birthday. He went on to feature in every match in the season after that, impressing many with his work ethic and powerful physique.

The 21-year-old would make his international debut for Lebanon at the 2017 Rugby League World Cup, starring in the Cedars’ run to the knockout stages. No player made more successful tackles throughout the group stage than Twal, who drew high praise from Coach Brad Fittler and captain Tim Mannah for his performances throughout the tournament.

With the arrival of Kiwi international props Ben Matulino and Russell Packer at Wests Tigers in 2018, Twal again featured off the bench for the majority of the season — starting just one of his 21 appearances during the year.

The Lebanese international would move in to the run-on side in 2019 as his game continued to evolve — going on to play every game for Wests Tigers during the year as he recorded career highs in offloads, metres gained and tackles made.

Twal is signed through at Wests Tigers until at least the end of the 2022 season following a contract extension with the club announced at the start of the year. 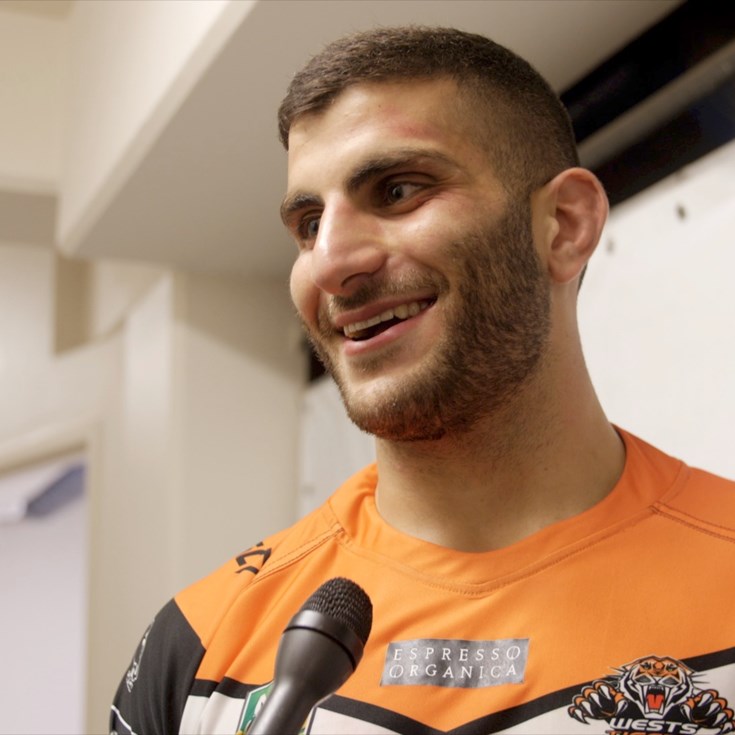