A standout junior representative for the Canberra Raiders, Michael Chee Kam played Australian Schoolboys in 2010 before being selected in the 2012 NYC Team of the Year, after which he made the move north to Sydney to join the Manly Sea Eagles.

Chee Kam made his first-grade debut in the final game of the 2014 season, and played just four further NRL games the following year — prompting him to join Wests Tigers in the bid to improve his playing time and skills as a footballer.

After a relatively quiet first season that saw him saw him play just three games, Chee Kam finally enjoyed a breakout season in 2017. The versatile back-rower played 22 of a possible 24 games and also crossed for his debut NRL try, setting him for another strong season in 2018 that saw him miss just two matches throughout the year and earn a number of opportunities in the run-on side.

Passing the 50-game mark in 2018, Chee Kam also made his international debut for Samoa in the mid-year Pacific Test against Tonga — establishing himself as a regular in the Samoa set-up throughout 2019 with Test and World Nines appearances.

Moved around the forward pack under Michael Maguire, Chee Kam played 22 games for Wests Tigers in 2019 while chalking up six tries with two particularly memorable match-winners against the Brisbane Broncos and South Sydney Rabbitohs.

Inking a new deal with the club during the year, Chee Kam is signed through at Wests Tigers until the end of the 2021 season. 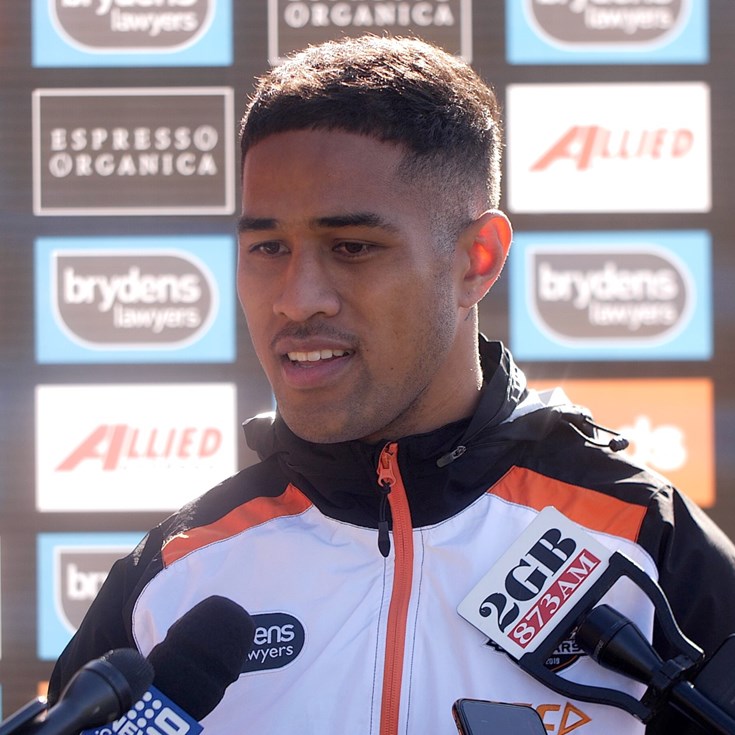 Chee Kam earns start for Samoa ahead of Fiji clash