Paul Momirosvki made his first-grade debut midway through the 2018 season for the Sydney Roosters — scoring a try in his side's win over the Gold Coast Titans. Featuring primarily in the Intrust Super Premiership competition for Wyong, Momirovski would feature again for the Roosters in their Preliminary Final win over the South Sydney Rabbitohs. The Alexandria Rovers junior scored the match-sealing try to give the Tricolours the win in just his second first-grade game and en route to clinching the 2018 NRL Telstra Premiership.

After making his club debut in Round 1, Momirovski would feature for the club's Intrust Super Premiership side early on before breaking his way back in to the first-grade side midway through the year — going on to play 11 games in total.

Despite limited opportunities, Momirovski made the most of his chances with eight tries and 21 goals in those games, including a record-breaking 26-point haul against the St. George-Illawarra Dragons in Round 24 that saw him record the most points in a game by a Wests Tigers player since Brett Hodgson's 30-point effort in 2005.

Momirovski is signed through at Wests Tigers until the end of the 2020 season. 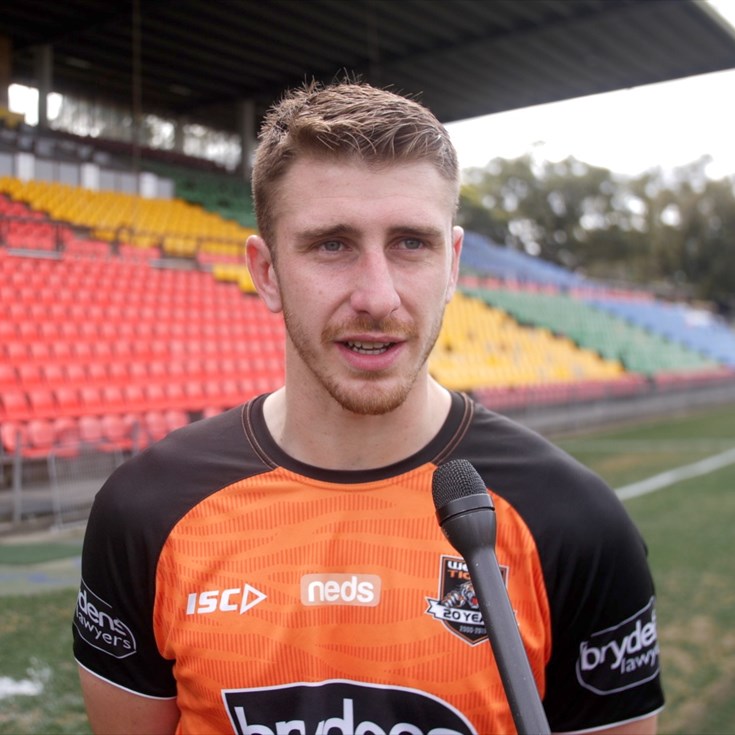