Reece Hoffman joins Wests Tigers in 2020 as part of a three-year contract that will see the talented youngster feature in the Development squad for the first two seasons before progressing to the full-time squad in 2022.

A powerful young centre who could also play wing, Hoffman starred for the Queensland U/18's side in their win over New South Wales and even earned himself a call-up to the Wynnum-Manly Intrust Super Cup side in the latter rounds of the season. In his reserve-grade debut, the teenager didn't look out of place at all — ending the game with 111 metres and a try in a quality performance.

Having trained superbly through the competition shut-down period, Hoffman would be rewarded for his hard work when he was named to make his debut against the South Sydney Rabbitohs in Round 9 — scoring a try in his first game.

Hoffman is signed through at Wests Tigers until the end of the 2022 season.

Get to know Reece Hoffman!

Presented By Wakeling Automotive 3 weeks ago 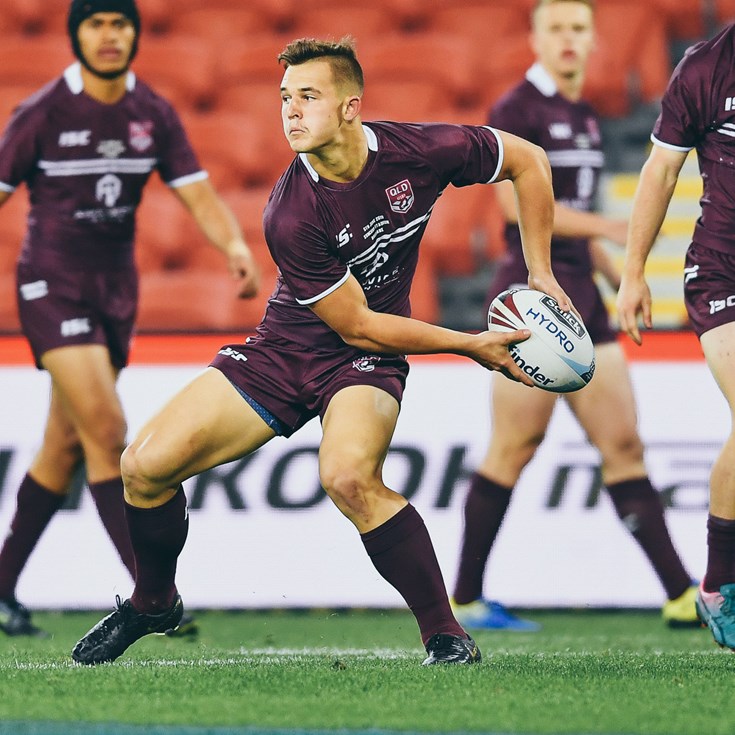