Wests Tigers and Campbelltown Advertiser Newspaper are again proud to bring you the weekly player 'Tiger Talk' column for 2013.


Popular forward Liam Fulton put pen to paper to talk about the opening round loss against Newcastle and the home clash against Penrith Panthers at Campbelltown Sports Stadium on Sunday, March 17.


'To say we were very disappointed with our opening round performance is an understatement.


To lose by that much to Newcastle on Monday night was extremely disappointing. We had trained so hard over the pre-season and in the week leading up to the match.


What transpired was not what we had planned for. We started off well and opened the scoring through a nice try to forward Adam Blair. We grew in confidence and the signs were good early but then we dropped off. We made too many simple errors and our discipline was poor.


We put ourselves under too much pressure and from there, Newcastle really took advantage. Their support base there is huge and once they get on a roll, they are hard to stop at home.


I can assure our fans that no one was more disappointed than the players.


The good thing for us we get the chance to make amends pretty quickly when we take on Penrith Panthers on our home turf at Campbelltown Sports Stadium this Sunday, March 17.


We will work hard at training this week, especially on our defence, and we will be pretty determined to come out firing against the Panthers. We always have great battles against them, particularly at Campbelltown in what will be another classic Battle of the West.


Just like the Knights had, I hope to see a huge crowd of Wests Tigers supporters there to get behind us. Your support is invaluable to us. We are determined to put in a much better showing for our fans on our home ground.


It will be a great day at Campbelltown on Sunday with three games on. Make sure you get there early to watch our new Wests Tigers NSW Cup team in action from 11am against Windsor Wolves.


I think it is great that Wests Tigers are now fielding one team in the NSW Cup competition. There is plenty of talented youngsters combined with some experienced heads in the side.


This match will be followed by the NYC clash at 12.45pm. Wests Tigers are the defending premiers in the U20s competition and started the season off with a solid win against the Knights.


Off the field, it is a Family Fun Day with plenty of activities for children. We hope to add to the entertainment by producing a strong performance and collect the two competition points.


See you at Campbelltown'. 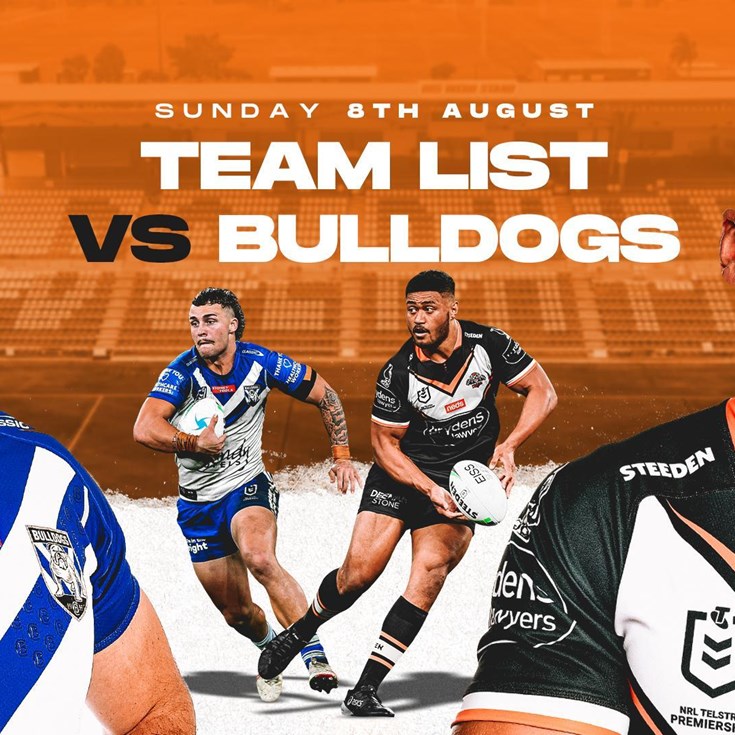 Presented By Neds 43 mins ago