Wests Tigers will look to open season 2016 on a winning note when they take on the Vodafone Warriors on Saturday afternoon at Campbelltown Sports Stadium.

Having put 50 points past the Warriors in their most recent encounter in Round 25 last year, Jason Taylor’s side will head into Saturday’s encounter full of confidence, but well aware of the attacking threat that their opponents possess, with a new-look spine of Roger Tuivasa-Sheck, Shaun Johnson, Jeff Robson and Isaac Luke to debut together.

Tipped by many as a top-four certainty in 2016, the Warriors head into Saturday’s game on the back of a convincing loss to the St. George-Illawarra Dragons in their final trial. The men from across the Tasman have a notoriously bad record at the start of the year, so it’ll be interesting to see whether they can kick into gear straight away on Saturday.

For Wests Tigers, playing in hot conditions will no doubt suit the home side, although they will be hampered by the losses of Dene Halatau and Luke Brooks to suspension and hooker Robbie Farah to a knee injury. Young gun hooker Manaia Cherrington will make his first NRL start after an impressive debut season in 2015, while Jordan Rankin, Jack Littlejohn, Josh Aloiai and Tim Grant will all make their Club debuts this weekend.

With plenty of family-friendly activities for Multicultural Round, all three grades and glorious sunshine featuring on the day, it’s shaping as a wonderful day out to kick start season 2016 and an intriguing clash between two very contrasting opponents.

Be there for the first game of 2016 when we take on the Warriors! Get your tickets here! With both sides out of running for the finals and ravaged by a number of injuries, Wests Tigers blew out with the Warriors with a convincing attacking performance in their final home game of the season. Robbie Farah set up three tries and scored one himself, while David Nofoaluma (2), Tim Simona, James Tedesco and Kevin Naiqama all bagged tries. 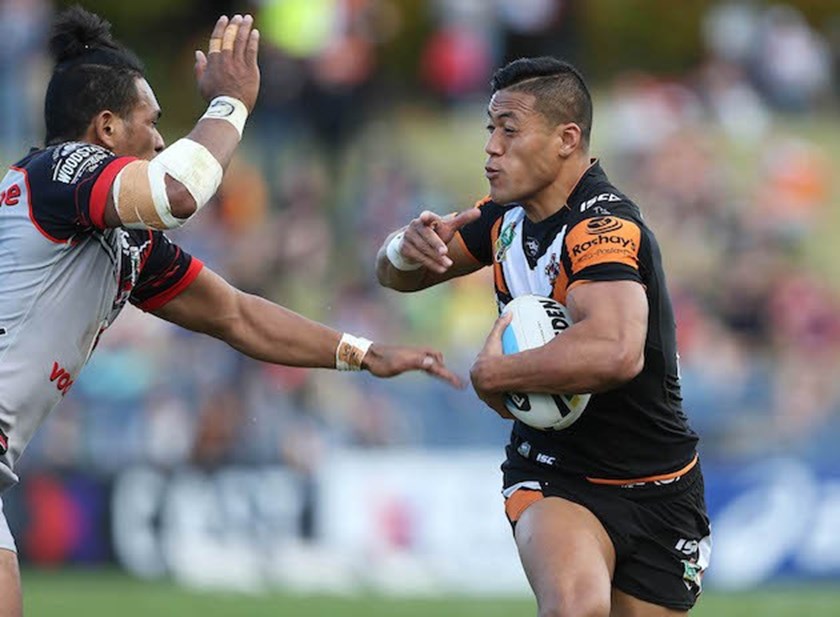 Team Update: Round 22 vs Cronulla Sharks