To start, here’s our top three moments from the games 1 to 100 in Wests Tigers history, with our top five moments from games 101 to 200 coming tomorrow afternoon!

Wests Tigers went into their Round 2 clash against the Parramatta Eels as extreme outsiders, with the home side as long as $10 to take out the match. What the hosts would need was a big crowd to get them over the line, and the 15,502 that turned up at Leichhardt Oval on a hot Sunday afternoon certainly did their job — helping the home side to a 16-6 lead.

The Eels would come back, as was expected given the representative talent in their side, but the home side held firm, and emerged with a 22-16 win in the end thanks to tries from Joel Caine, Terry Hill, Mark O’Neill and Troy Wozniak, as well as Caine's three conversions. 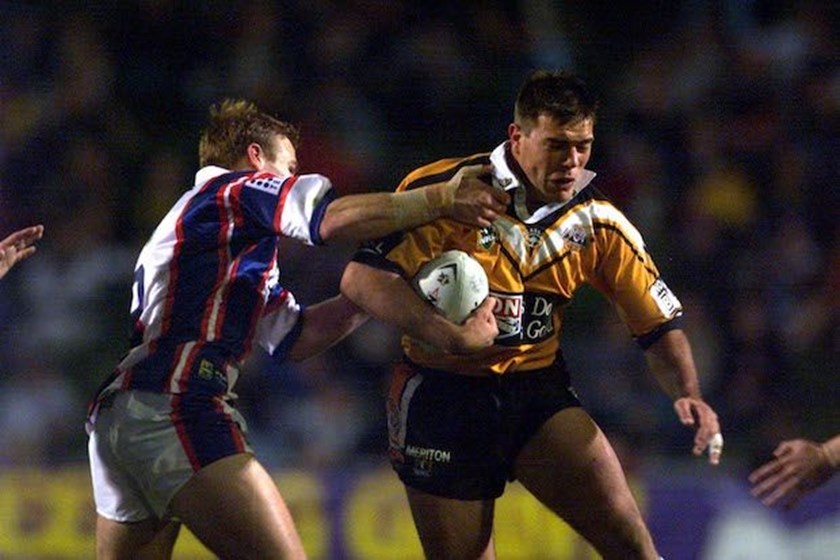 Newcastle came to Campbelltown Sports Stadium in late 2001 as one of the competition heavyweights, and after they had amassed a staggering 24-0 lead in just the first 30 minutes, it was seemingly a foregone conclusion that they would emerge with a victory.

However, despite trailing 32-12 just after half-time, Wests Tigers produced a stunning comeback to reduce the margin to 32-30 with minutes remaining, before Kevin McGuinness dived on a grubber from Owen Craigie to give the hosts the most incredible 36-32 win. Few games will start out in the memory as much as the first Wests Tigers game. Playing arguably the best team in the league at the time — the Brisbane Broncos — Wests Tigers hung tough with their opponents, scoring their first ever try through forward John Skandalis to level the match at 6-6 and eventually lead 14-6 at half-time.

The Broncos would fight back and take the lead late in the match, before fullback Joel Caine’s third try of the afternoon saw Wests Tigers level the match at 24-24 at full-time.