Wests Tigers will look to end a run of three consecutive losses when they take on the Newcastle Knights this Sunday at Hunter Stadium for their Round 6 clash.

Having gone down in a high-scoring affair to the Cronulla Sharks last Saturday, Jason Taylor’s side will be keen to bounce back this week against a Newcastle side still searching for their first win in 2016, picking up a draw in their only home game so far this year.

The Knights come into the match on the back of a two-week road trip that saw them go down to the New Zealand Warriors and Melbourne Storm in successive weeks, with the Novacastrians opting to remain on the road between matches. They’ll therefore no doubt relish the opportunity to return to Hunter Stadium this weekend, and with a big Sunday afternoon game and crowd on the cards, should produce another strong performance.

Curtis Sironen returns in a boost for Wests Tigers, set to come off the interchange bench after missing the last four weeks with a hamstring injury. The news was also good during the week for in-form fullback James Tedesco, cleared from any serious injury after taking a blow to the side of the head early in the Club’s clash against the Sharks last weekend.

For Newcastle, both Robbie Rochow (arm) and Sione Mata’utia (concussion) have been ruled out of the match, having originally been named to feature. No replacements have been named as yet, with final teams to be confirmed on Sunday at 3:00pm.

Be there for Sunday afternoon footy at Leichhardt Oval when we take on the Storm! 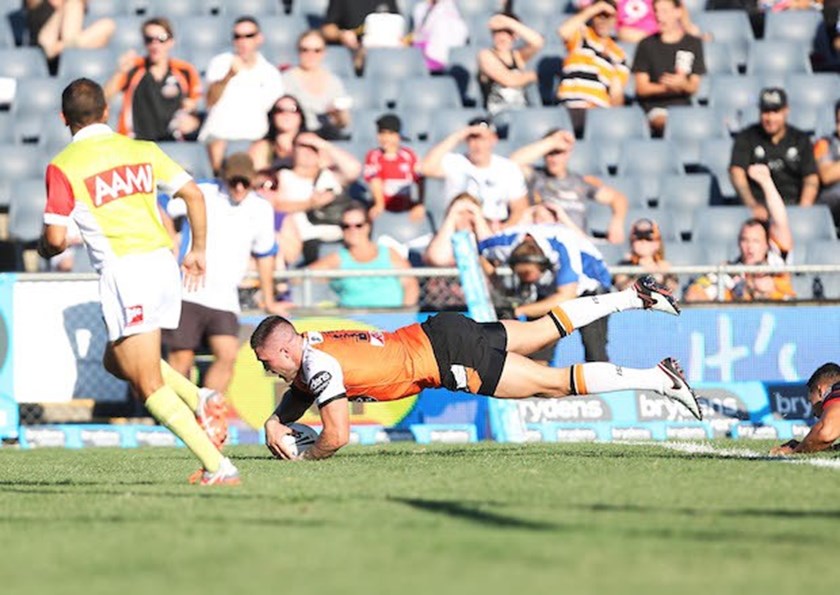 * will miss Sunday’s game with injury

** will miss Sunday’s game with suspension

It was a frustrating loss for Wests Tigers last time they took on the Knights, with the visitors fighting back from 16-6 down to take the match 24-18. Winger David Nofoaluma was controversially denied a spectacular try by the video referee with the score in the balance, before Tyrone Roberts crashed over late to give the visitors the two points. 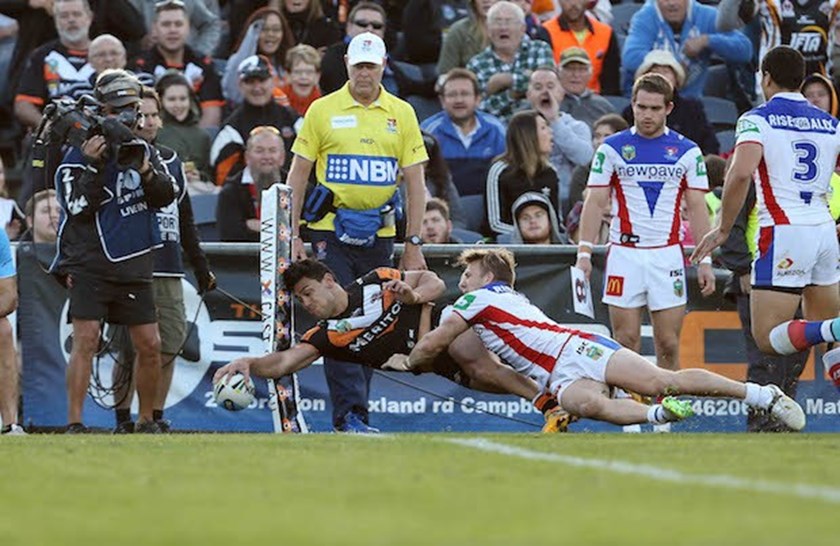 Match Report: Round 4 HNW vs Mounties

Match Report: Round 11 vs Canterbury Bulldogs

AJ talks about long road back