Wests Tigers Intrust Super Premiership side have defeated the Wentworthville Magpies 40-18 in their Round 8 clash on Sunday afternoon at Ringrose Park.

Coming into the match in eighth position, Paul Stringer's side welcomed back Josh Addo-Carr and Joel Edwards from first-grade commitments as well as Justin Hunt from injury — leading from start to finish to emerge with a comprehensive 22-point win in the end.

The match began in perfect fashion for the visitors, with Michael Chee Kam crossing out wide after just two minutes. Moments later, Addo-Carr would cross for the first of his three first-half tries, with Josh Drinkwater coverting to give Wests Tigers a 10-0 lead after eight minutes.

Addo-Carr would extend Wests Tigers lead after 25 minutes when he touched down for his second of the day, with Drinkwater converting to give the visitors a 16-0 advantage.

The halfback would then take on the line himself in the following set, breaking the Magpies open to cross for his third try of the season and take Wests Tigers to a 22-0 lead.

With Wests Tigers on a roll, a smart kick in behind the line woudl allow Addo-Carr to grab his third try of the half, to take the visitors to a 26-0 lead after 33 minutes. Drinkwater would continue his strong game by adding the extras and extending the scoreline to a surprising 28-0.

Wenty would finally get on the board just minutes before half-time, with Scott Schulte touching down out wide to take the score to 28-4 as both teams hit the sheds at Ringrose Park.

Joey Grima's side came out firing to begin the second half, with two quick tries — including a second to Schulte — saw them cut Wests Tigers lead to 28-14 with 20 minutes to go.

However, Addo-Carr would continue to cause havoc for the Magpies' defence, streaking away down the wing before finding Chee Kam on the inside to give the centre his second try of the game, and restore Wests Tigers' 34-14 lead with 11 minutes remaining.

Captain Asipeli Fine would put the icing on the cake for Wests Tigers when he crossed with three minutes to go, with Drinkwater's conversion taking the score to 40-14, before an intercept on full-time for Wentworthville would see the scoreline finish at 40-18.

Paul Stringer's side will look to make it back-to-back wins when they take on the North Sydney Bears on Saturday, April 30 at 3:00pm as they travel to Moss Vale for Country Round. 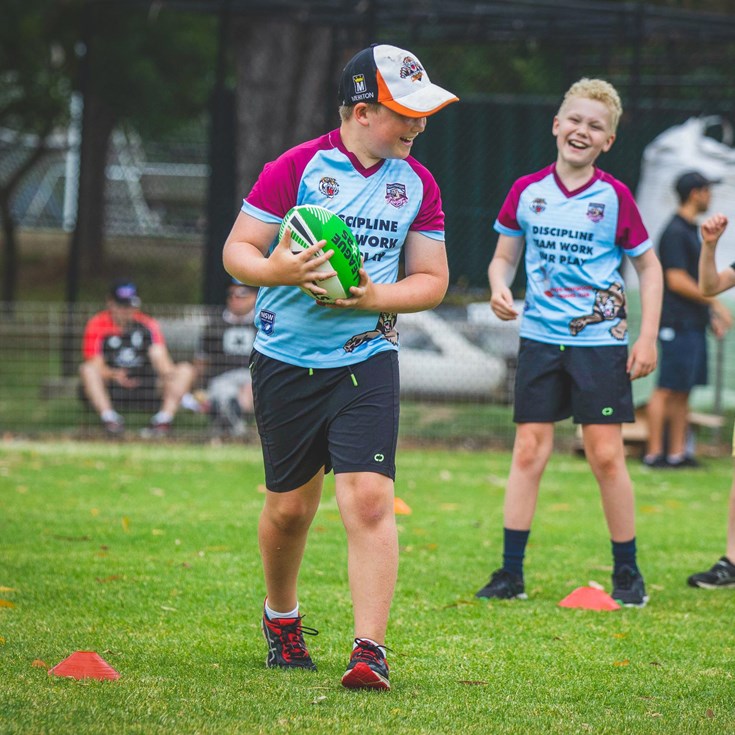