Wests Tigers will look to build on a strong run of recent results when they take on the in-form Canterbury-Bankstown Bulldogs this Saturday night at ANZ Stadium.

After producing 30 unanswered points to comfortably defeat the Penrith Panthers last weekend, Jason Taylor’s side come in to Saturday’s game having lost just twice since Round 11 — keeping their finals hopes alive to sit just two points outside the top eight.

Their task will be made much tougher this weekend with Aaron Woods, Robbie Farah and James Tedesco all unavailable due to State of Origin commitments; however, the Bulldogs will also come into the game minus key forwards David Klemmer and Josh Jackson.

After an inconsistent start to the year, Des Hasler’s men have strung several impressive performances together over recent weeks to sit in fourth position. In the last month, the Bulldogs have won their last three matches in a row, with victories over Brisbane Broncos and Sydney Roosters, as well as a close 20-18 defeat to the Cronulla Sharks.

When they met earlier in the year, it was the Bulldogs who posted a comfortable win over an injury-ravaged Wests Tigers, but the two sides will look very different this time.

Canterbury have won eight of the last 10 meetings between the two sides, although Wests Tigers have not lost twice to the Bulldogs in the same season since 2012. 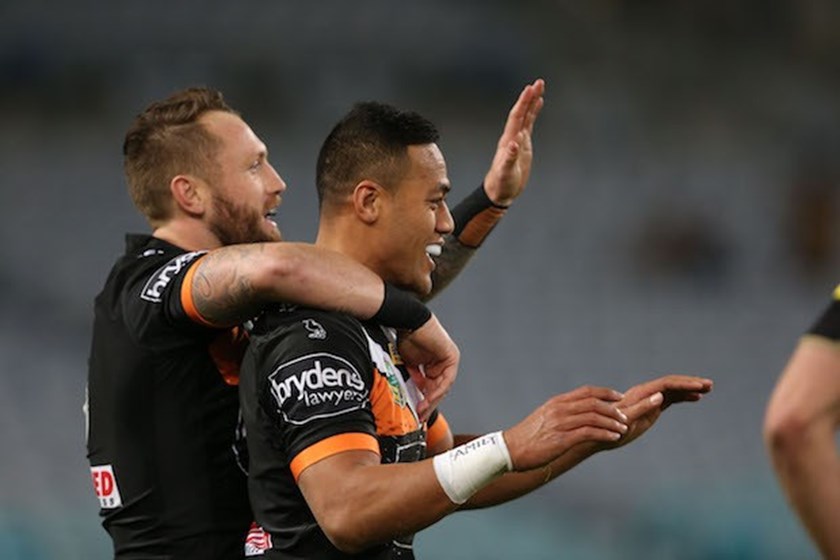 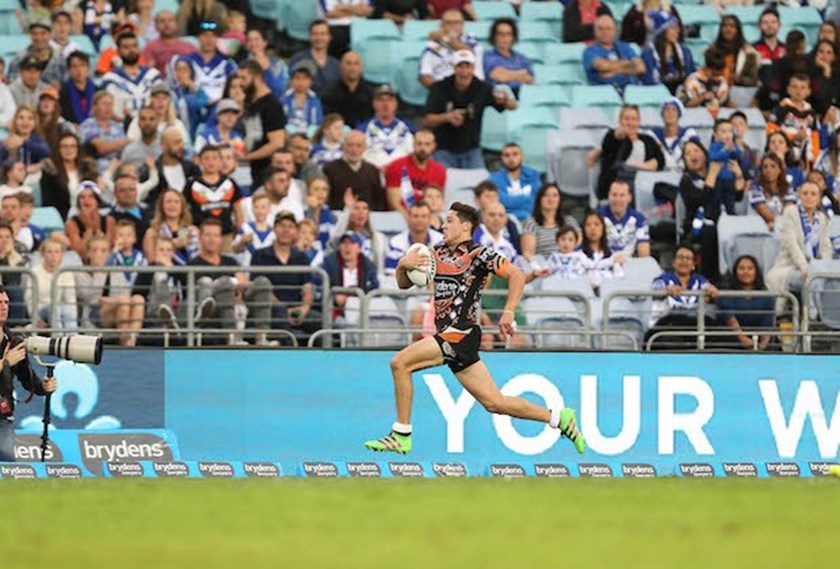 Missing several players due to injury and losing several more during the game, Wests Tigers were simply no match for the Bulldogs, who raced to a 20-4 lead at the break before piling on three more tries in the second half to emerge with a 32-point victory.

Returning from injury in the past fortnight, Brett Morris has had no problems settling back in to the Bulldogs attack, with two superb performances against the Broncos and Bulldogs. The Australian international winger has chalked up five tries in his two games,  as well as four linebreaks with an average of 147.5 metres per game. His combination with brother Josh in the centres was a big threat for the Bulldogs last week, and the livewire combination of David Nofoaluma and Kevin Naiqama will need to be at their best to contain the twins. On their day, Nofoaluma and Naiqama have shown to be one of the best attacking centre-wing combinations in the NRL, but it’s defensively they’ll need to be switched on this weekend if they’re any chance of bettering the Morris brothers.

·       Mitchell Moses will play his 50th NRL game this Saturday against the Bulldogs. Since his debut in Round 17, 2014, Moses has only missed one NRL game for the Club.

·       Luke Brooks has scored five tries in five games against the Bulldogs.