Wests Tigers might be better known for their Sunday afternoons at Leichhardt, but there’s still been some memorable night games over the years at the venue.

From the Club’s first win as a joint-venture in 2000 through to David Nofoaluma’s try in just his second game against the North Queensland Cowboys in 2013 — and plenty of Golden Point games in between — there’s been no shortage of unforgettable nights.

And in this week’s Top 5 at Five, we count down the five best,  thanks to Share Care.

We couldn’t kick off this list with the first win in Club history — a thrilling 17-16 win over the New Zealand Warriors at Leichhardt Oval. Played on a Monday night, both kickers struggled to land their goals throughout the night; Joel Caine going 2/6 with his conversions while Scott Pethybridge and John Simon went 0-4 between them for the Warriors. And that would prove costly for the visitors, as a field goal from Craig Field late on secured a 17-16 win for Wests Tigers, despite scoring three tries to four. Trailing early in the match, it appeared that the class of Melbourne was going to be too much for Wests Tigers when they met in Round 21, but clearly nobody told the home side’s young guns as they spurred back to life with a thrilling 34-16 upset win. Three tries in 20 minute down the wing of former Wests Tigers winger Marika Koroibete gave Wests Tigers an important 18-10 lead at the break, before second-half tries to Kevin Naiqama and James Tedesco ensured the home side would leave with the points and give captain Aaron Woods a memorable night in his 100th NRL game for the Club.

Needing to win to stay in touch with the top eight, Wests Tigers found themselves trailing 10-0 at half-time to an in-form Warriors side desperate to make amends for their 2011 Grand Final heartbreak. With a vocal crowd of 16,406 behind them, Wests Tigers used the kicking game of Benji Marshall to bring them back into the match, before a wonderful solo effort from Tim Moltzen late in the piece ensured a 24-10 victory. 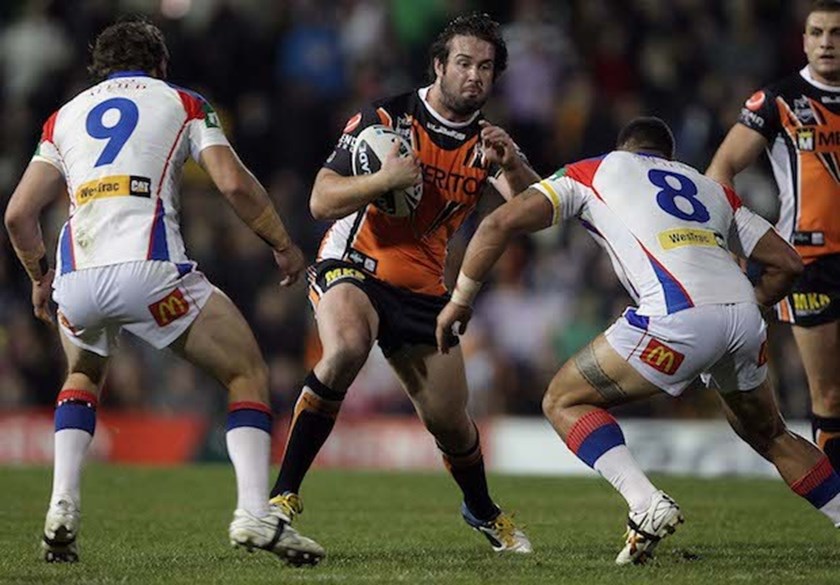 It might not have been the prettiest of games, but it was one Wests Tigers needed to win, and did win, against Newcastle in Round 13. Trailing 16-10 late in the second half, it was a determined effort from Liam Fulton who crashed over to level the scores — sending the contest into Golden Point. And after Knights playmaker Kurt Gidley wasted a golden chance to give the visitors the win, it was Robbie Farah who stepped up from hooker, taking advantage of no markers to slot the field goal and give the win to Wests Tigers — much to the delight of the 18,021-strong crowd there on the night.

Could there be any other? Having lost seven games in a row, Wests Tigers welcomed Jonathan Thurston’s Cowboys to Leichhardt Oval in a game that many judged as a simple win for the Cowboys. However, nobody told the home side that, with a young David Nofoaluma diving over in the corner for his first NRL try in the 79th minute — giving Wests Tigers an incredible 22-20 win over the Cowboys in the blinding rain. Presented By Wakeling Automotive 9 hours ago
02:00