Since the Club’s foundation 17 years ago, 202 players have donned the Wests Tigers colours, with 91 of those making their first-grade debut for the Club.

And so, for today’s Top Five at Five, we’re taking a look at the best Wests Tigers rookie seasons — the definition of which being the season in which a player played three or more games for the first time in their career. That’s the official definition here, and the reason why, for example, Luke Brooks was able to win the Dally M Rookie of the Year in 2014 despite playing one game in 2013. More on that example later in this list…

Let’s take a look at the Top Five Wests Tigers rookie seasons, thanks to Share Care.

Before we start, it’s worth noting a few of the rookie seasons that almost made this list.

Now, on with the Top Five. While he might not have won the Club’s Rookie of the Year Award for 2013 (narrowly losing out to James Tedesco), we’ve just given the nod to the flying winger from Campbelltown for the impact he had in his rookie season. On paper, Nofoaluma finished with eight tries from his 15 games and also averaged more tackle busts per game than any other winger in the competition — an incredible feat for a rookie player. Nofoaluma also added nine linebreaks to his mix, while his acrobatic effort against the Sea Eagles saw him awarded the Dally M Try of the Year. Not bad for a 19-year-old. Not bad at all.

Fifita made his NRL debut for the Club in Round 2 of the 2010 season — scoring a try in the 44-32 loss to South Sydney. Blessed with obvious physical skill and talent, Fifita would go on to play 22 games in the middle throughout his rookie season, crossing for five tries in total as he helped Wests Tigers to within a whisker of the 2010 Grand Final, going down 13-12 to the St. George-Illawarra Dragons. That wasn’t the end of the year for Fifita, however, with the prop making his international debut for Tonga at just 20 years of age.

Another forward to make his NRL debut in 2010, Dwyer’s rookie season was nothing short of exceptional as the powerful back rower ended the season as the Club’s Rookie of the Year. Returning to the team in Round 11, Dwyer would go on to feature in every game for the remainder of the season — including all three finals matches plus a City Origin appearance — with his memorable tackle on Jared Waerea-Hargreaves thought of as the “hit of the century.” 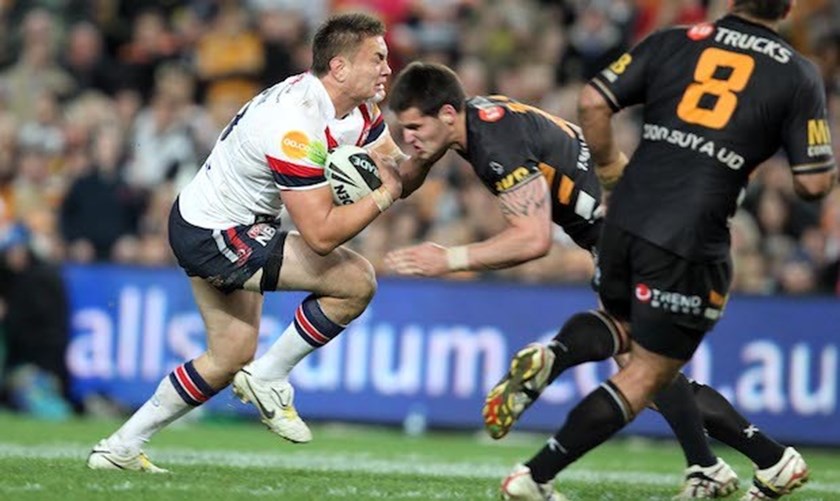 Somewhat of a surprise inclusion on the bench for Round 1, what would follow in 2016 would be a remarkable rookie season for former Junior Kiwis forward Josh Aloiai — playing in every game throughout the year for the first time in Wests Tigers history. Featuring at prop and lock before settling down on the right edge, Aloiai crossed for two tries, while also chalking up 1550 metres, 426 tackles and 16 tackle breaks. Incredibly, Aloiai also revealed at the end of the year that he had played through four to six weeks of the season with a broken hand — an impressive feat indeed for a young forward.

Named as the 2014 Dally M Rookie of the Year — the first player in the Club’s history to win the award — it’s no surprise to see Luke Brooks named on top of this list. Billed as “the next Andrew Johns” heading into the year after his impressive 2013 debut, Brooks showed tremendous development and talent in his rookie year — registering six tries, five linebreaks and 13 try assists. Brooks also had a number of game-defining moments including his match-winning field goal against Parramatta and 40/20 against Newcastle, before going on to collect the Dally M Peter Moore Award for the Rookie of the Year. Toss the coin on Saturday