Wests Tigers winger David Nofoaluma says he's determined to help the team turn around its form this weekend when they take on the in-form Sydney Roosters.

Despite a much-improved performance last Saturday against the Dragons, Ivan Cleary's side were unable to get over the line in the end — going down 16-12 for their third consecutive loss.

But according to one of the team's most productive players this season in Nofoaluma, the tide is starting to turn for a Wests Tigers side determined to turn their form around.

"I thought there was actually a lot of positives to take out of last week," he said.

"We started slow, but particularly in that second half, there was a lot of heart and effort.

"We've struggled a bit in the second half this year, so to come out and improve that against a top team in the Dragons, was a positive for us.

"But we know what we need to work on and we can only get better from there.

"At times, the main thing that we're learning is how to handle it when things get tough.

"I think the boys are getting better at that; we just need to get on top of the little moments that can decide those close games and score a few more points when the chances are there for us."

Having come through the grades at Wests Tigers himself, Nofoaluma made special mention of the performances of Moses Suli so far this year, as well as last week's debutant Esan Marsters.

"To be honest, I keep forgetting is only 18 years old," Nofoaluma enthused.

"He's having a fantastic first year in the NRL and I'm really happy for him.

"Not many people get that opportunity at 18 to play as many games as they can in his first year, and I'm sure he's only going to get better from here on in, which is exciting.

"I thought Esan was also great in his first game," he added.

"I was happy with his performance and thought he was fit right in straight away."

Nofoaluma also added his excitement to return to Campbelltown Sports Stadium for just the second time this season, where he has an excellent record of nine tries in his last eight games.

"It's really exciting to have the Roosters come out to Campbelltown," he said.

"I always look forward to playing at Campbelltown, and I'm sure the fans are going to love it out there on the Sunday afternoon because I think it's going to be a really great game."

See what Nofoaluma had to say in full about this week's game in the video above! 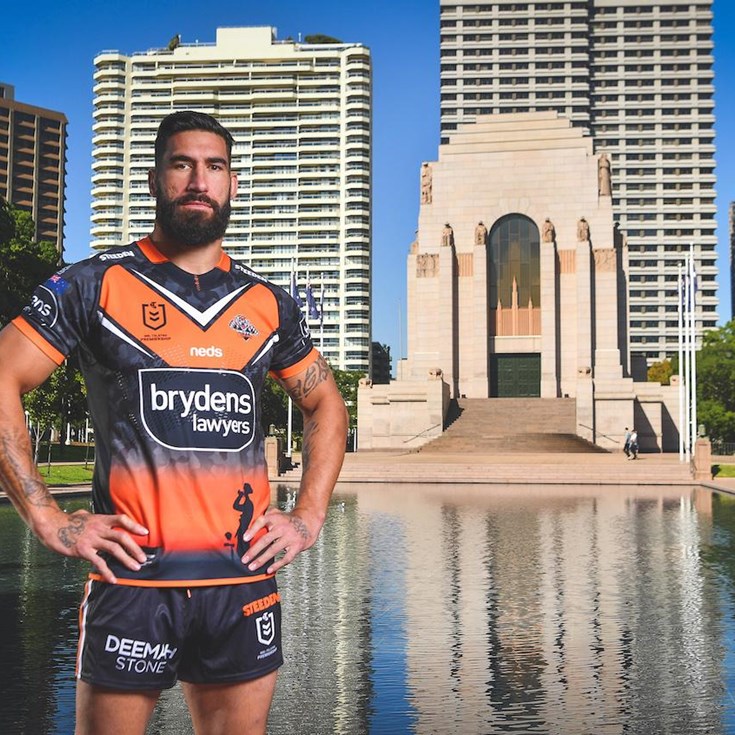