Australia will head in to the 2017 Rugby League World Cup as firm favourites to defend the title they claimed back in 2013 with a resounding win over the Kiwis.

Much has changed in the rugby league landscape since that day, but with the Melbourne Storm trio of Cameron Smith, Cooper Cronk and Billy Slater in command, the Kangaroos will surely fancy their chances at taking out the World Cup for the 11th time this year.

Incredibly, from the team that claimed the 2013 final, only the Storm's star trio remain, with the likes of Darius Boyd, Jonathan Thurston, Greg Inglis and Matt Scott all unavailable this year with injury. Seven rookies have been included in this year’s squad, with the hosts desperate to live up to the expectations many have placed on them to succeed.

Normally their main opponent for the title, New Zealand will head in to this year’s tournament under a cloud of uncertainty with the likes of Kevin Proctor, Jesse Bromwich, Jason Taumalolo, Manu Ma’u, Kieran Foran, Isaac Luke and Tohu Harris all not included in the squad for a number of reasons. The Kiwis will still be second-favourites in most eyes to challenge the Kangaroos, with opportunities there for a number of players to step up under Coach David Kidwell and make the spot their own — as indicated by the Coach himself.

Boosted by the inclusion of Taumalolo and Andrew Fifita, an already-strong Tongan side will be many people’s surprise pick for the World Cup, while Pacific nations such as Fiji and Samoa will also prove difficult to defeat with a myriad of NRL experience available.

Fresh off their regular season just ending, England and France in particular will be keen to stand out amongst the six European sides challenging in the World Cup, while the likes of Lebanon, PNG and the United States will round out the exciting 16-team competition.

It might seem like the Kangaroos’ trophy to lose, but as is often the case with rugby league and sport in general, nothing — and no team — can be taken as a certainty.

Which makes for a very exciting month of international rugby league indeed!

Group State — All teams play each other in respective groups once.

1.    Will the Kangaroos go through undefeated? They are the short-priced favourites to claim the crown, and if they do, the questions will be as to whether the Kangaroos were ever troubled in their quest for World Cup glory? The only challenge of the group should be their opening game against England, before likely facing off against Samoa or Tonga in the quarters (and potentially the other in the semi-final). It’s a seemingly easy run for the Kangaroos before they likely play the winner of NZ-England in the final.

2.    How will New Zealand fare without their stars? New Zealand will head in to the tournament without five key forwards, a hooker and a five-eighth — and that’s just at a glance. They’ve drafted in quality replacements, but the question will be as to whether those absences catch up with the Kiwis during the competition. Shaun Johnson will have plenty of pressure on him to deliver (as we’ll get to shortly), while the likes of Martin Taupau, Russell Packer and Jared Waerea-Hargreaves must stand up and give Kidwell’s side plenty of good go-forward in the knockout rounds if they are to progress.

3.    Can Tonga live up to the hype? Mate Ma’a will have plenty of hype around them with the inclusion of Taumalalo and Fifita amongst others, and Kristian Woolf’s side certainly have plenty going for them this time around. On paper, it should be enough to finish ahead of Samoa in the group (and then likely not face Australia until the semi-finals if they can beat Fiji), but will the hype prove too much and catch up in the end?

5.    Will the English be in form? In 2013, the English proved more than challenging for their opponents and came within a moment of whisker of challenging Australia for ultimate honours in the final. England come in to the tournament ranked third in the world, but do they have enough to take down the Kiwis should they meet in the Grand Final qualifier this time around? Much rests on the form of their Super League players.

6.    Which minnow will prove the most challenging? They might not be expected to trouble the top teams, but every year, in every competition, will always go further than everyone expects. So who will that be this year? There’s plenty of NRL experience in the Italy and Lebanon squads which could prove a handful; will it be either of them?

7.    Can the Pacific nations take the next step? At 5th, Samoa is currently the highest ranked Pacific nation in international rugby league — meaning that, if everyone lives up to their ranking, no Pacific team aside from New Zealand will be in the finals. We know they’re talented and certainly capable of challenging the best, but is 2017 the year that the likes of Fiji, Tonga and Samoa stake their place as a legitimate threat?

8.    How will the lack of Sydney games affect attendance? It must be said: taking the game right across Australia and the Pacific is great for growing the game, and being able to watch football at new stadiums is brilliant. But with just the two Sydney games in the group stage and no fixtures in the knockout rounds, some might start to question as to whether that affects the tournament attendance. It shouldn’t, but you never know.

9.    Who will partner Shaun Johnson in the halves? With Kieran Foran sidelined, a vacancy is seemingly there for either Te Maire Martin or Kodi Nikorima to step up and partner Shaun Johnson in the halves for the Kiwis. Martin would seem the likely candidate after featuring in the Cowboys’ unlikely finals run, but after battling a niggling knee injury throughout the year, he may end up running second to Nikorima. If we had to guess, we’d expect to see the Cowboys playmaker lining up for game one.

10. Which star will breakout in the tournament? Always a fascinating question, it’ll be interesting to see which unheralded player makes his name known at the tournament. Look for players who might have smaller roles at their club but are required to have a larger impact on the international stage to stake their case — keep an eye on the likes of Adam Doueihi at Lebanon, James Bell at Scotland and Tui Kamikamica at Fiji. FIVE PLAYERS TO WATCH FOR

His end to the year was simply second-to-none, but the question now stands as to how whether Michael Morgan can carry over his form at the international level. Likely to partner Cooper Cronk in the halves (assuming he can beat out James Maloney to the spot), Morgan’s role will likely be less hands-on than it was with the Cowboys’ finals run, but there’s no denying the playmaker’s talent and elusiveness with the ball close to the line.

Captaining Fiji for the second year in a row, Kevin Naiqama finished 2017 as Wests Tigers’ leading try-scorer and showed great versatility by playing left centre, left wing, fullback, right centre and right wing throughout the regular season. Normally a fullback for Fiji, Naiqama’s role may change with the inclusion of Jarryd Hayne, but we’re tipping the Gold Coast Titan will slot in to the halves instead which may further free up Naiqama in attack. With Hayne likely to attract plenty of defenders due to his dangerous running game, Naiqama may end up playing an even larger role in the attack and in Fiji’s chances overall.

After his highly-publicised “defection” from New Zealand, all eyes will be on arguably the greatest forward in the world when he lines up for Tonga in this year’s tournament. Without the depth that Taumalolo is used to at the Kiwis, Coach Kristian Woolf will want to get plenty of minutes out of the Cowboys wrecking ball which, scarily, could mean he adds to his unbelievably high work-rate displayed throughout the 2017 regular season.

If England are going to take their claim as a serious contender for the trophy, Dragons playmaker Gareth Widdop is going to have to be close to the player of the tournament. Widdop began the year in superb fashion, and didn’t slow down too much throughout the year, but after missing out on the finals by one game, will be desperate to try and make amends with the English at the World Cup. Playing alongside new teammate James Graham and a number of quality finishers outside him, the opportunity is there for Widdop to truly take this team by the scruff of the neck and challenge the tournament heavywrights.

With names like Taumalolo, Proctor, Bromwich, Harris and Luke all missing from the Kiwis’ forward pack at the World Cup, much of the focus will be on the players that are there in David Kidwell’s squad — starting with new Wests Tigers recruit Russell Packer. The former Dragon made a much-deserved return to the black jersey in the mid-year ANZAC Test, but Kidwell will need to lean on the Foxton-born prop even more throughout the tournament if the Kiwis are going to live up to their pre-tournament expectations. 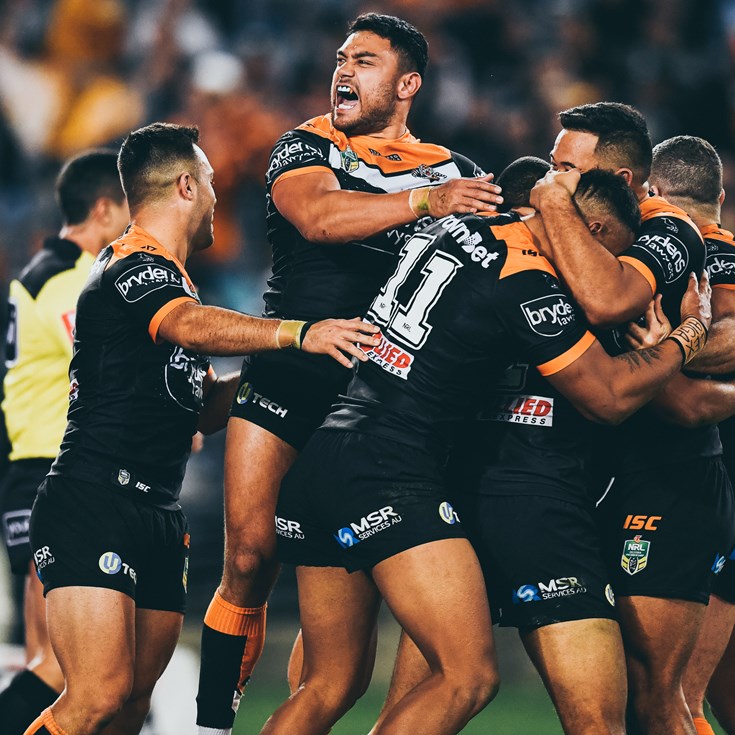