Wests Tigers recruit Corey Thompson says he is ready to take whatever opportunity coach Ivan Cleary hands him at either fullback or wing as he shapes to edge teammate Tuimoala Lolohea out of the black and gold No.1 jersey.

The league journeyman is back in the Telstra Premiership after having spent the past two years playing for Widnes in the Super League.

He left Australian in search of regular top-grade football after falling down the pecking order at Canterbury, where he played 25 games (including the grand final) in his debut 2014 season but just 10 matches in 2015.

Since linking with the Tigers, Thompson has put in a highly impressive pre-season which has him primed for a surprise start to the season as the first-choice fullback.

Thompson told NRL.com he was determined to take whatever chances were offered after having initially moved to the UK to further his development as a player.

"It was best to go to England and play consistent first grade and I really enjoyed it for the first year, then the second year I got a bit homesick," Thompson said.

"I was watching all my mates who I used to play NRL with back home and I missed the competitiveness back home and missed being around the environment. I spoke to my manager, we did everything we could, lucky enough the Tigers gave us a call and it's been great so far."

Thompson played all his junior football at fullback and was also the reserve grade fullback at Canterbury despite playing every one of his NRL matches there on the wing. At Widnes he played both left and right wing as well as seven games at fullback, racking up 37 tries in his 52 games.

The club's 2005 premiership fullback Brett Hodgson was an assistant coach at Widnes while Thompson was there and coincidentally announced his return to Australia to join the Tigers coaching staff not long after Thompson was signed by the club.

"Brett Hodgson was the assistant coach while I was there and he was really helpful. I think I learned a lot more playing regularly and it helped me, in the long run, to come back," Thompson said, while stressing Hodgson's decision to move back came after his own.

"I signed in May, I signed pretty early in the year before Brett made his move so I was coming to the Tigers regardless of if Brett was coming or not.

"But he told me I'd love it here and I think about four months later he announced he was coming back as well.

Thompson said he and Lolohea had pushed each other to get better while both trained at fullback through the pre-season.

"It's very important me and Tui push each other," he said.

Thompson said that while the squad has plenty of new players, the communication of halves Luke Brooks and Josh Reynolds had been crucial to the team gelling overall, as well as to himself personally in his time at fullback.

"With Grubby and Brooksy in the halves they talk all game and when I go back to fullback it makes it so much easier when everyone's talking and knowing their roles," Thompson added.

"It feels like this team's been together for years." 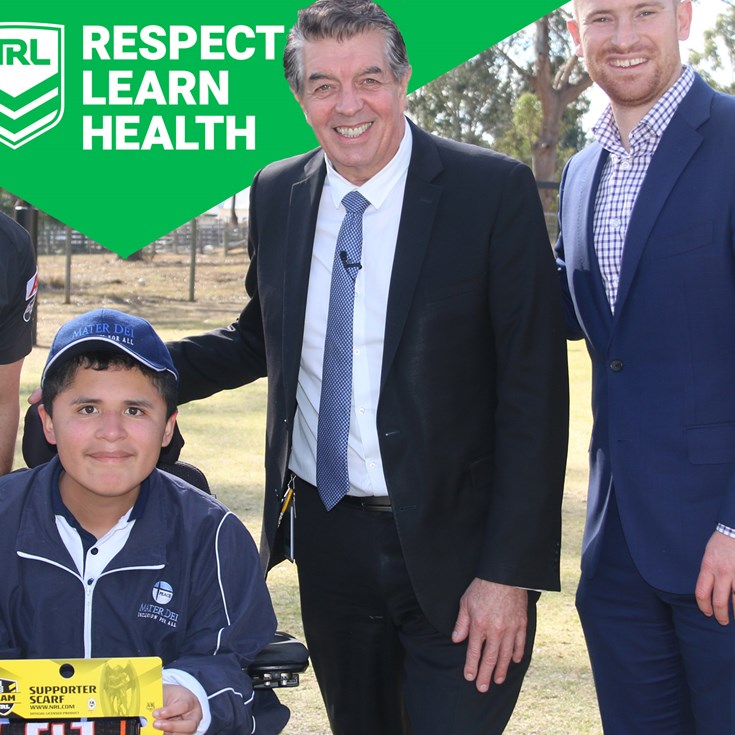 Thompson surprises himself with form in NRL return