It was just a quip off the top of his head but Ivan Cleary maybe should have copyrighted his "on the bus" comment.

The Wests Tigers coach is your fairly shy and retiring type. Now he's created a juggernaut that even stuns him.

"It was just a catch phrase; throwaway line at the time," Cleary told NRL.com of the remark aimed at players wanting to stay or leave the club, when he was announced as the new Tigers head coach replacing Jason Taylor last April.

"What's happened now is that the marketing department asked me if they could use it because they didn't want to cross over if I was going to use it for the team.

"I said 'go for it'. Everyone knows what it means so that's the main thing. But it was just one of those things that happened. It wasn't a planned move."

The other whirlwind that hit Cleary in his first pre-season for three years, after an unexpected departure from the Penrith Panthers, was a simple statement that father and son (Nathan Cleary) wanted to one day be at the same NRL club together.

He offered the insight to NRL.com last November as innocently as his "on the bus" remark.

But now the Clearys are supposedly already being offered "as a package" at Penrith, or at the Tigers, and even at the Sydney Roosters in 2020, as 20-year-old Nathan is off contract at the end of 2019. However, Ivan is not a free agent until the end of 2020 but details never stop a good rugby league story.

"We both have said we'd love to work together. But it's not now," Cleary said as he prepares his squad for round one of the 2018 Telstra Premiership, funnily enough against the Roosters at ANZ Stadium.

"We can't. I'm happy with what I've got here and he's got two years to run on his contract at Penrith so that's how it is.

"He wants to be left to concentrate on his football. And that's genuine. So it's best for him and everyone to let him do that.

"Since we basically came to that conclusion late last year of wanting to work together in future, we haven't discussed it again. So we won't be."

And no one should get hung up on dates. Cleary is in for the long haul  as far as NRL coaching is concerned so he has no idea if he and Nathan will be reunited in 2020 or 2021.

However, he does know that father-son pact will colour any mention of the Clearys and contracts this season. And come November 1, when Nathan is free to talk to other clubs, the volume will increase.

"Maybe we will and maybe we won't," he said about the prospects of a 2020 reunion.

"I know all the questions will come but there's no answers until obviously the end of this year. And a lot can happen between now and then, so let's see what does happen."

Cleary is not advocating it, or even suggesting it, but there's nothing to stop Nathan playing his last year at Penrith in 2019, while being signed for another club in 2020 – a la Ben Hunt, or Angus Crichton. After all, his dad did it – Ivan Cleary played his last season at the North Sydney Bears in 1995 after he had signed with the Roosters for 1996.

The Clearys never got the chance to play together at Penrith as Ivan was unceremoniously shown the door in October 2015 before Nathan made his NRL debut in June 2016.

Cleary's coaching career was put on ice but he used his knowledge as a consultant to the NRL Bunker referees and reviewers, always with the hope of getting another NRL club gig.

"It's been great. I've enjoyed it a lot," Cleary said from his base at Concord Oval.

"But I had three years to get ready for it also. While you have all this information on stuff you want to do, you've still got to go out and deliver it to a group of players and to other coaches. It's really about maximising time for the really important things."

Brooks: My best is yet to come

He took the New Zealand Warriors to the 2011 Telstra Premiership decider and had the Panthers in the 2014 preliminary final. So why the pull to get back to coaching?

"I didn't need to go away from it in the first place. That was the reality. But the fact I did, you've got to make the most of that so I did," Cleary said.

"Why do I do it? I just love it. It's not that it's my only purpose in life but I guess I'm attracted to living under pressure.

"I heard this quote, watching the Australian Open tennis. It was Billie Jean King and she said 'Pressure is a privilege'. And I thought 'That's a good quote'."

But he has exposed himself to great expectation. Everyone expected it would take time for him to work his magic upon arriving at the Panthers in 2012. It took two years before he had the western Sydney club back in the finals but he did it.

He's only had 20 rounds at the Tigers and only managed 14th on the ladder in 2017. There will be plenty agitating for a top-eight finish after all the cattle coming through the front door this year.

In total, Wests Tigers have signed more new players to their 2018 team than any other club, with Newcastle next best with nine.

"That's part of the deal. I don't want to sound like a cliché but it's true that the main expectation is what you put on yourself," Cleary said.

"If you worry too much about that you'll get side-tracked. I get it. It comes with the job."

Understated, reserved, thoughtful, insightful… all these have been used to paint a picture of the Cleary personality. What trait does he think is his best?

"It's hard to describe yourself. I suppose my calmness," he said.

"That's one thing I am and one thing you learn quickly as a coach. However you do it, do it with authenticity and I think I do that."

Cleary definitely doesn't do it with the outwards actions of say, Craig Bellamy, when things go pear-shaped in a game.

"I'm not externally very emotional. Internally I am, like most are." 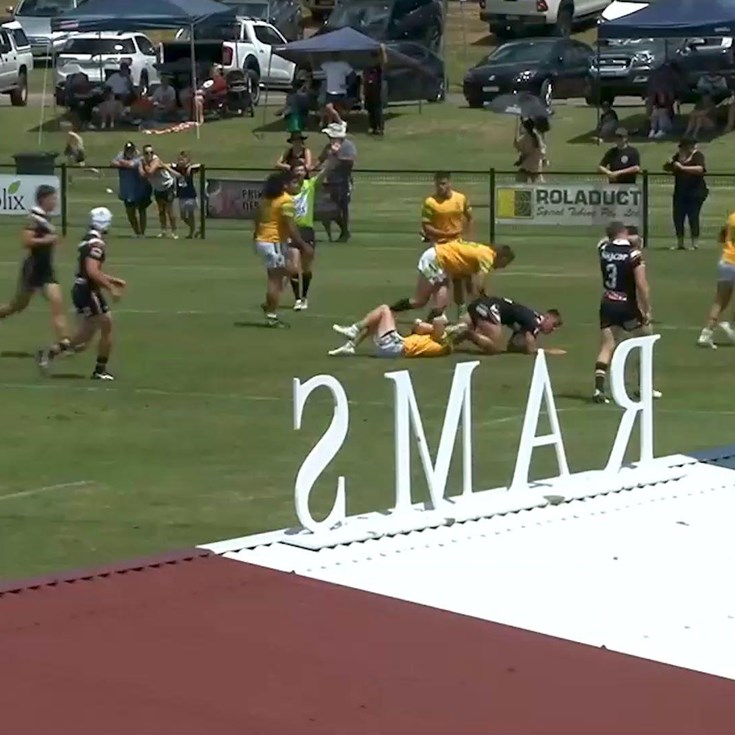