Dumbfounded Wests Tigers coach Ivan Cleary struggled to see how the referees could penalise his team for not being square at marker, let alone make the call in golden point to essentially decide the game against the Brisbane Broncos on Friday night.

It was a cruel end to a gutsy, albeit scrappy, night from the Tigers, whose hopes of winning their third consecutive match to start the season were dashed by the boot of Broncos winger Jamayne Isaako in extra time.

Referee Ashley Klein blew a contentious penalty against Tigers backrower Robbie Rochow for not being square at marker while attempting to charge down a Broncos field goal in golden point, despite replays suggesting he may not have been in breach of the rules.

''It's hard. Very hard,” Cleary said in the post-match press conference of his team's heart-breaking 9-7 loss.

Cleary struggled to understand the ruling, admitting he felt it shouldn’t have been a penalty - regardless of the timing in the match.

''It's one thing to give penalties in golden point, which historically just don't [happen]. And the other one is was it a penalty? I actually don't think it was.

''Look, we all make mistakes, but that's a big one. You can tell by the way the Broncos guys reacted it's almost like they were embarrassed to win. It throws golden point in a whole new light. A draw's probably a fair result. Unfortunately not tonight.''

The loss could be compounded by a potential ankle injury to five-eighth Benji Marshall, who left the ground in a moon boot and was taken for scans.

Given Josh Reynolds isn't expected back for at least another fortnight, Cleary could be forced to call on rookie Tyson Gamble.

He also has an option with Tui Lolohea expected to return from injury next week, however the coach wouldn't speculate on his options.

''He did well to stay on. We had guys coming on and off and we were constantly moving people around. The last 10 or 15 minutes Benji was massive on one leg. I think we're setting a good foundation.

''The way the boys play for each other and no one wants to let anyone down. Benji's a good example of that. That's great to see and I think our fans appreciate that. We'll just have to work it out. Benji hasn't had a scan yet so we'll see how he goes.'' 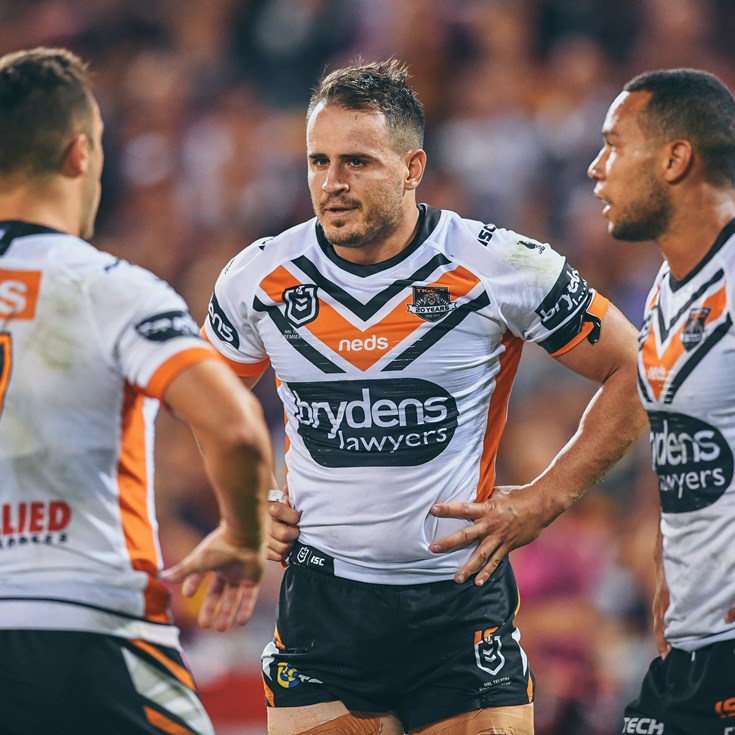