Wests Tigers Head Coach Ivan Cleary has made several changes to his team this week as they look to extend their strong start to the year against the Sea Eagles.

After a thrilling last start win over the Melbourne Storm for the second time this season, Cleary has made a number of changes to this week's team — headlined by the inclusion of five-eighth Josh Reynolds.

Having not played at all this season following a hamstring injury sustained on the eve of Round 1, Reynolds has been named on the bench for his club debut, with Benji Marshall retained in the halves.

Corey Thompson will also take over at fullback in place of Tuimoala Lolohea, who has been named amongst the reserves in jersey 21, with David Nofoaluma to return to the wing in place of Thompson.

With Russell Packer (knee) unavailable, promising Junior Kangaroos forward Alex Twal starts alongside Ben Matulino, with young gun Jacob Liddle also moving in to the run-on side at hooker.  Pita Godinet drops out of the side all together, with Sauaso Sue joining the interchange bench instead.

New recruit Chris McQueen has also been named amongst the reserves for the first time this season — joining prop forward Tim Grant, five-eighth Tyson Gamble and Lolohea as cover in the 21-man squad.

After his match-winning field goal, Benji Marshall has formally been named as captain this week.

For Manly-Warringah, Coach Trent Barrett will welcome back a number of key players this week — the biggest of which being gun fullback Tom Trbojevic, who missed last week's loss to the Gold Coast Titans.

His inclusion is coupled with Brad Parker returning to the wing, while both Matthew and Jonathan Wright have been named in the reserves list alongside Taniela Paseka and Tofofoa Sipley.

After a promising club debut last weekend, Jack Gosiewski has earned a starting spot in the back row, with Frank Winterstein to return to the bench for Sunday's game. 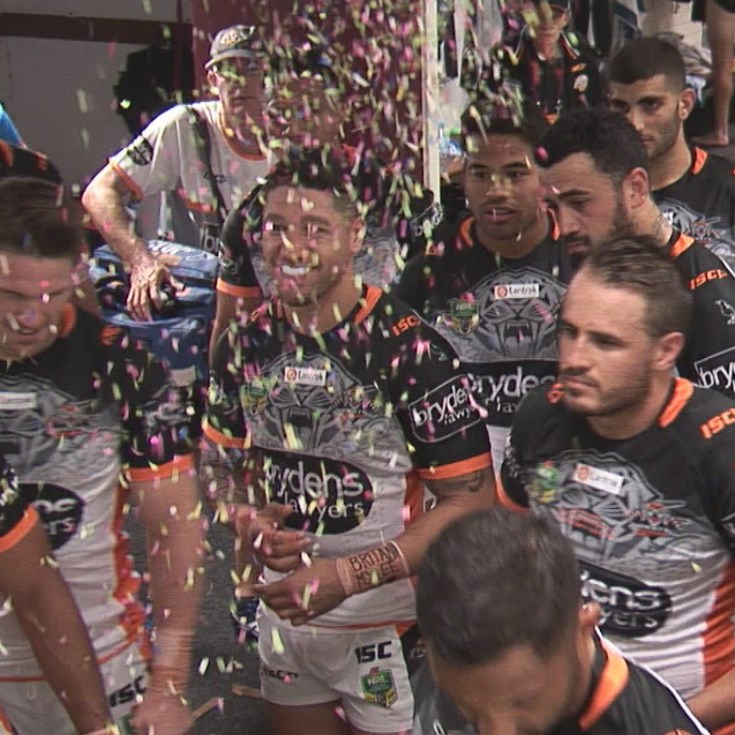 Lantrak Man of the Match: Round 6