It was a disappointing night for Wests Tigers on Saturday as the New Zealand Warriors dominated from start to finish to emerge with a convincing 22-point win.

After losing co-captain Chris Lawrence inside the opening four minutes to concussion and two players to sin-bins during the game, Wests Tigers just couldn't find their rhythm and struggled to click in attack — handing Ivan Cleary's side their third defeat in a row and their biggest loss of the season to date.

However, it's important to learn what we can from the losses, and these might numbers might help...

Ivan Cleary touched on it as the key statistic in the post-match press conference, with the Warriors chalking up 15 more completed sets than their opponents. Wests Tigers had just 22 completed sets while the Warriors racked up 37 and, in doing so, were able to build pressure on the visitors line that eventually cracked in the second half. With 57% possession to 43%, Wests Tigers needed to complete at much better than 65% and were their own worst enemies in that regard — allowing the Warriors to control the match.

Strangely, while the four points scored is Wests Tigers lowest attacking total all season, the number of tackle breaks was up with 33 recorded — comfortably more than the 15 and 25 achieved in the last fortnight. What was the key, however, was the ill-discipline close to the line with the chances created from those tackle breaks not taken advantage of. On a night without much ball, Wests Tigers needed to be far more clinical in attack, but crucially came up with the wrong option at times to let the Warriors off the hook.

An alarming one for Ivan Cleary here with the 1205 metres achieved for Wests Tigers the fewest the side has chalked up in a game this year. The possession and completions certainly didn't help this, as the Warriors racked up more than 500 metres more than their opponents (1778 metres) and averaged almost 40 metres gained per set. The loss of Chris Lawrence to concussion and Elijah Taylor to the sin bin was certainly key here, and you'd have to think that their return next week — along with the potential inclusion of Russell Packer from his knee injury — will help Wests Tigers win back the middle of the field.

A season high in errors tonight with 16. Not something we want to dwell too much on — only to say that this number did blow out late in the contest with the game done and dusted and the visitors chasing points. It's definitely an area to improve on, with Cleary adamant in the need to return to the "basics" next week.

We've got to finish on a positive here, and it would be amiss of us not to mention the performance of Michael Chee Kam tonight, who can certainly hold his head up in a losing side. The rangy second rower was brought on after six minutes for Lawrence and played out the remainder of the match — chalking up a team high 190 metres off 18 runs, while also adding 32 tackles and seven tackle breaks. Chee Kam is enjoying his best start to a season in 2018, and tonight's performance will certainly give him plenty of confidence going forward as he matches up with the dangerous Coen Hess next weekend... 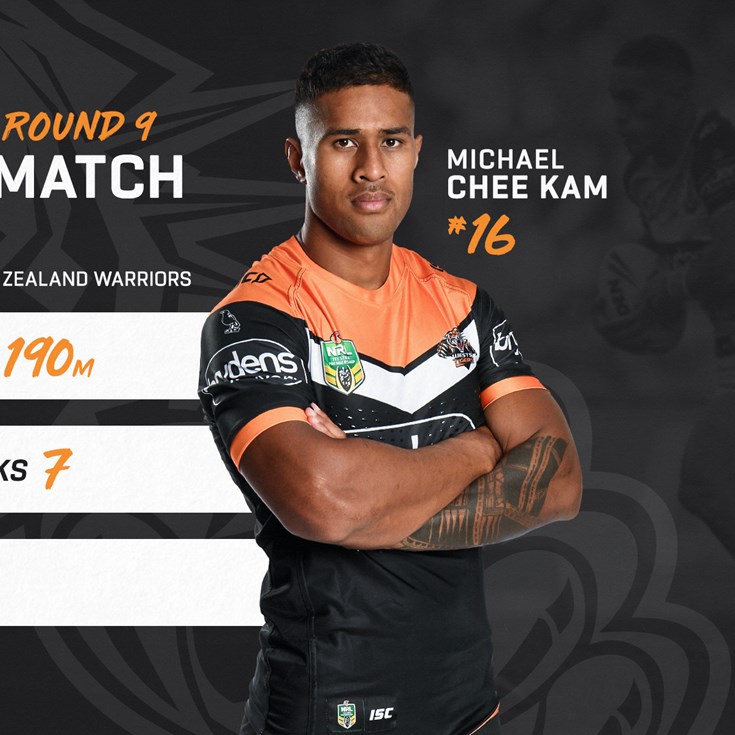