It wasn't the easiest night for Wests Tigers on Thursday, as the Penrith Panthers controlled the match from start to finish to emerge with a comfortable 16-2 win.

The visitors certainly had their chances to mount pressure, particularly in the first half, but were unable to take advantage of several repeat sets on the Panthers line — eventually turning the ball over and conceding a try against the run of play while Penrith forward Trent Merrin was off the field in the sin bin.

From there, the home side could control the match with their good kicking game and line speed, and Wests Tigers couldn't get their rhythm at all — defending bravely to keep the score at just two tries.

But, there's only one way to get better and that's to learn from the loss and take from it what we can, so let's take a look at the key numbers from our Round 11 clash, thanks to Income Tax Profesionals...

As a result of Penrith controlling the game, Wests Tigers were made to do an enormous amount of tackling on the night — racking up 400 completed tackles. That's the most this team have made in a game all season, and the second highest any team in the competition has made all year, with the Roosters making a whopping 440 against the Canterbury-Bankstown Bulldogs in Round 7. Incredibly, 400 tackles is the most any Wests Tigers team have made since exactly three years ago when they went down 8-0 to the North Queensland Cowboys at Campbelltown Stadium with the only try of the game coming in the 78th minute.

While Wests Tigers might have been on the back foot in terms of their defence, one pleasing area for Ivan Cleary will be around the willingness to get the job done in defence. Penrith had 61% of the ball in the second half with eight more completed sets — forcing Wests Tigers to make close to double the number of tackles they did in the second half — but the visitors refused to go away. In fact, Ivan Cleary's side actually finished the night with a better tackle completion percentage than the hosts, with 87.2% compared to 86.1%. Given the additional number of tackles and subsequent fatigue, that's a pretty fair effort indeed!

If we count together the penalties (11 each) and errors (11 for Wests Tigers, 14 from Penrith) from both sides we get a total of 47 stoppages in the game on Thursday night — something which certainly didn't help Wests Tigers find their rhythm in attack. In a game with few chances to score points, both sides needed to be ruthless when they had their chance and for the visitors, that was in the opening 20 minutes when they had a 6-1 penalty count in their favour and a man in the sin bin. They didn't, and Penrith survived, had the square-up penalty count in the second half go their way and control the game to win. The lesson here is certainly about making sure to take the chances that are there — be ruthless when you can!

One of the intricacies of the draw this year means that Wests Tigers won't face Penrith again this season unless they meet in the finals series — something which might not be a bad thing for the joint venture, who have now lost their last four games against Penrith and seven of the last eight meetings between the two.

The biggest takeaway on the night for Wests Tigers will no doubt be about line speed, and the way in which Penrith's efforts in defence negated the attacking chances of Wests Tigers. Penrith averaged over 42 metres per set on the night, while the visitors managed just 34.2; Penrith had over 1770 metres in attack from 46 more runs, while Wests Tigers were some 441 metres behind their opponents. The only area where Wests Tigers did get an advantage was from dummy half, with 156 metres compared to 126 for Penrith showing the outside backs did a good job taking their carries when needed to try and get the team rolling.

But with no forced dropouts or real time in the Penrith end from half-time onwards, it was always going to be a tough ask for Wests Tigers — something which they'll look to turnaround next Sunday afternoon. 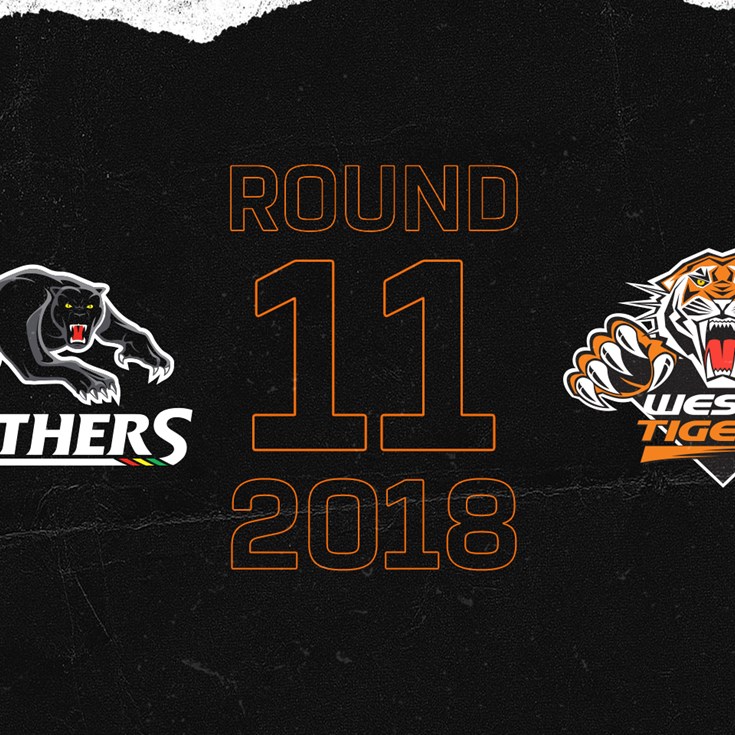