After watching the way Jacob Liddle has recovered from his second shoulder reconstruction, Wests Tigers forward Elijah Taylor thinks his days of filling in at hooker are numbered.

Liddle's comeback continued in his team's 14-10 win over the Bulldogs at ANZ Stadium on Sunday, starting at dummy half for the first 28 minutes before taking a breather and returning to the field in the 73rd minute to finish the game.

Tigers co-captain Taylor believes the tenacity Liddle has shown on his road to recovery and impressive return suggests he is not far away from securing the hooker spot for 80 minutes.

"For a young kid to have two shoulder reconstructions at the same time - those are big injuries - and the way he's come back in great shape and great fitness, he has lifted the team," he said.

"Doing your shoulder can take a lot of confidence out of your tackling ability, especially if you're a hooker...you are going to be making 50-60 tackles a game on average.

"So for him (Liddle) to come back and play against Parramatta the first time (in round four) and absolutely kill it and then we played Manly and he absolutely killed it playing 80 minutes, it just goes to show his character and how much drive he has."

This Sunday at Allianz Stadium the Wests Tigers face a Sydney Roosters side depleted by the loss of Boyd Cordner, James Tedesco, Latrell Mitchell (NSW) and Dylan Napa (Queensland) to State of Origin duties.

Taylor said the side still won't underestimate the Tricolours.

"They are still going to be hard, physical and tough, even though they are missing some players," he said.

"They are probably more dangerous because players are getting an opportunity in their team with a point to prove.

"I think they will start with plenty of enthusiasm."

With talk around Moses Mbye possibly joining the Wests Tigers at the end of 2018, Taylor said if he was to jump ship from Belmore, the fullback would offer experience and attacking flair.

"He'd be another attacking weapon for us,'' he said. "He's so dangerous bringing the ball back." 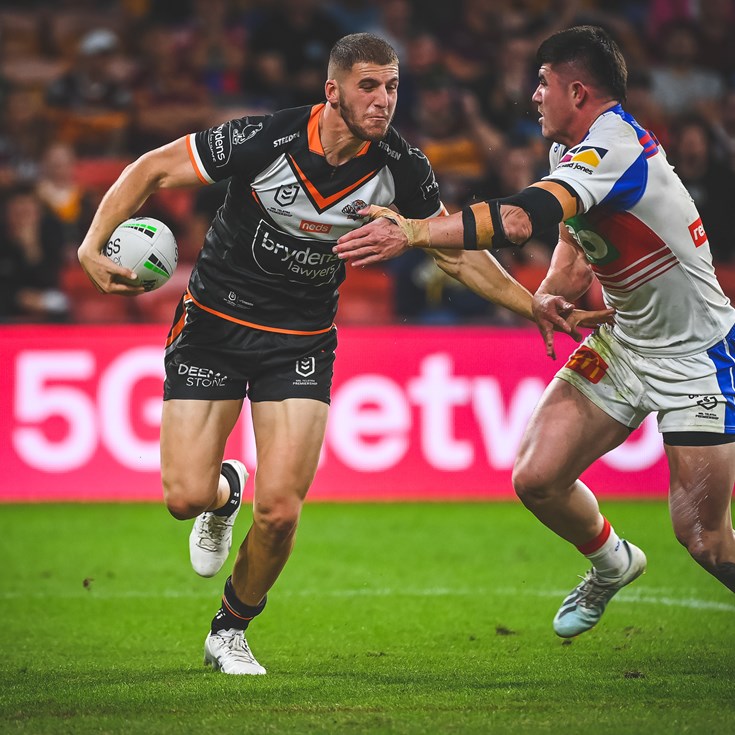