Wests Tigers NRL Head Coach Ivan Cleary has finalised his side to take on the Cronulla Sharks today for their Round 14 clash, with a few late changes.

Kickoff for the match is from 2:00pm AEST from Southern Cross Group Stadium, Woolooware.

After a last start loss to the Sydney Roosters, Cleary has confirmed that Josh Reynolds will start his first game in Wests Tigers colours as he replaces Benji Marshall (calf) in the run-on side at five-eighth.

Reynolds will also captain Wests Tigers this afternoon for the first time in his career.

With David Nofoaluma (calf) injured last week, Corey Thompson will shift to the right wing as his replacement while Kevin Naiqama returns to the side on the left in place of Malakai Watene-Zelezniak.

Tim Grant starts up front in place of Ben Matulino, who drops back to the bench alongside Michael Chee Kam, with Josh Aloiai moving in to the starting side for the third time this year.

Pita Godinet is the late inclusion on the bench where he will likely spell Elijah Taylor at hooker.

Cronulla will line up as per program with Valentine Holmes set to back up from State of Origin duties. 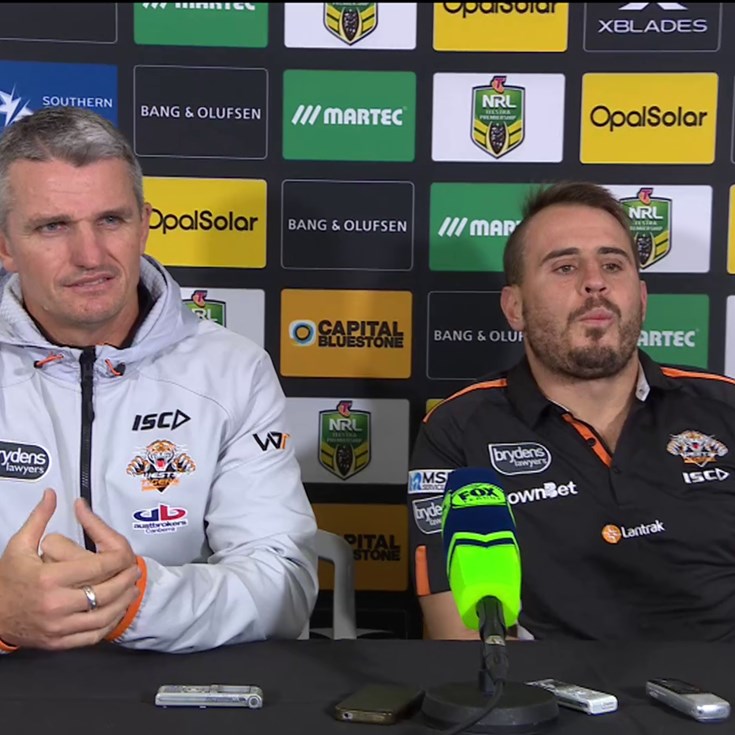