While it would no doubt be easy to reflect on the past as he prepares for his 250th game for Wests Tigers, Robbie Farah says all he control and focus on is the challenge to come ahead of a must-win game against the South Sydney Rabbitohs.

The 34-year old Life Member conceded that it was a special opportunity for him as he becomes the first person in club history to reach the 250-game mark, but said the bigger opportunity was the one for Wests Tigers — needing to secure another upset win in order to stay in touch with the top eight.

"It's going to be a tough challenge against South Sydney," Farah enthused.

"I know firsthand how good they're going; I saw it every day at training.

"I was running in opposed sessions against them and when we had the ball in attack, they're a tough team to break down defensively. And on the flip-side, we've seen how fluent they are in attack with the ball."

"It's going to be tough but we've got a lot of belief here that we can build on what we did last week."

With both Farah and fellow Life Member Benji Marshall in good form, comparisons will no doubt drawn back to previous seasons at the club — something Farah admitted had a surreal feeling at times.

"Sometimes you just shake your head and think how funny footy works out sometimes.

"To come back here in the twilight of my career has been a great opportunity for me.

"It feels like I never really left to be honest.

"It's something I never thought would happen and it's a club I never thought I'd leave but to come back here and have the opportunity to finish my career here, on a personal note is pretty special for myself."

"But I've said it before: the club didn't bring me back here to sell some tickets or because it's a feel good story. It's about winning games and we started that on the weekend, and we've got another now."

See what Robbie Farah had to say in full ahead of his 250th game for the club in the video above! 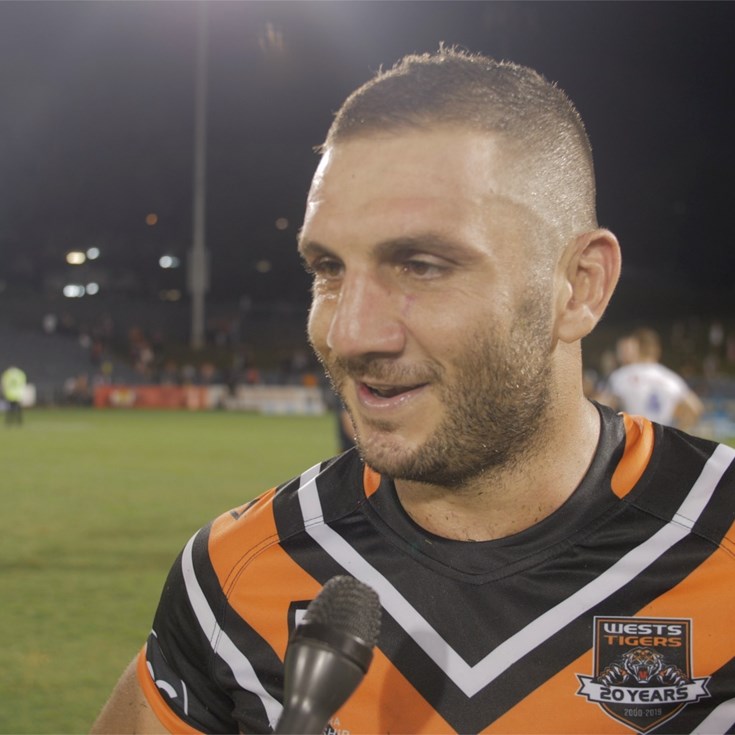