Ivan Cleary's decision to remain in the driver's seat on the Wests Tigers bus is encouraging Robbie Farah towards extending his career into a 17th season as he weighs up a one-year offer from the club.

In the wake of a disruptive week surrounding Cleary's future, Farah spoke to the media on Thursday relieved he now has a lesser role at the Tigers since rejoining in June - no longer consulted on off-field issues as was the case in the final stages of his first stint at the club.

The former NSW and Test hooker wants to wait a couple of weeks until after the Wests Tigers' season is over with a focus on getting the club to their first finals appearance in seven years.

"He's been talking with me about next year so that's all I can get a gauge off," Farah said of Cleary's future.

"He's talking to me like he's here next year. He's planning for me so to me it doesn't seem like a man that would be elsewhere."

Cleary has spoken publicly about the club's intentions to encourage Farah and teammate Benji Marshall to play on another season.

Farah confirmed the club and his management had entered into informal discussions but no decision had been made.

"Their preference for me is to stay and go again next year but if that doesn't happen they've got to look at alternative options," Farah said.

"I think the fact [Ivan] has said that publicly now means I can say that. We've had discussions about what sort of role he sees me playing if I stay next year.

"He'd like me to stay, that's nice to hear. When I signed here there were no guarantees for next year."

The veteran hooker said no official contract had been given to him, and he was undecided on whether he would play on.

"Money is not the motivating factor for me. I'm cool either way, whether it finishes in three or four weeks. We might go all the way, who knows," Farah said.

"If we win the grand final I'll definitely retire, you can quote me on that. This year obviously I didn't play a lot of footy earlier in the year so I'm feeling pretty good at the moment.

"Whether my body can handle another 25 rounds straight is another thing, that's something I need to weigh up."

The Wests Tigers will play at Leichhardt Oval for the final time in 2018 on Saturday, but after a farewell at the venue in 2016, and a return game in round 16, Farah wasn't keen to make the clash about he and Marshall's potential last showing at the ground.

"Just get out there and support us to get us a win," Farah said when asked what message he wants to send to fans.

"That's all that matters at the moment. It could be my last game, you never know. I could play on next year and might be injured for every Leichhardt game and not get another game out there.

"When you get to my age, any game could be your last."

One thing Farah did make clear was his intention to cheer on his old side South Sydney against the Broncos on Thursday night.

If the Rabbitohs can beat the Broncos, the Wests Tigers could find themselves in the top eight by the end of the round.

"I already told my brother [Rabbitohs physiotherapist Eddie Farah] who's up there at the moment, I said make sure you rev the boys up and get the win.

"There's no doubt it will help our cause if Souths get a win up. Whilst a lot of it's in our hands, a lot of it is not. If Brisbane win tonight it makes things very difficult, especially the points differential – they're in the positive and we're still in the negative.

"It makes it unlikely we'll make it." 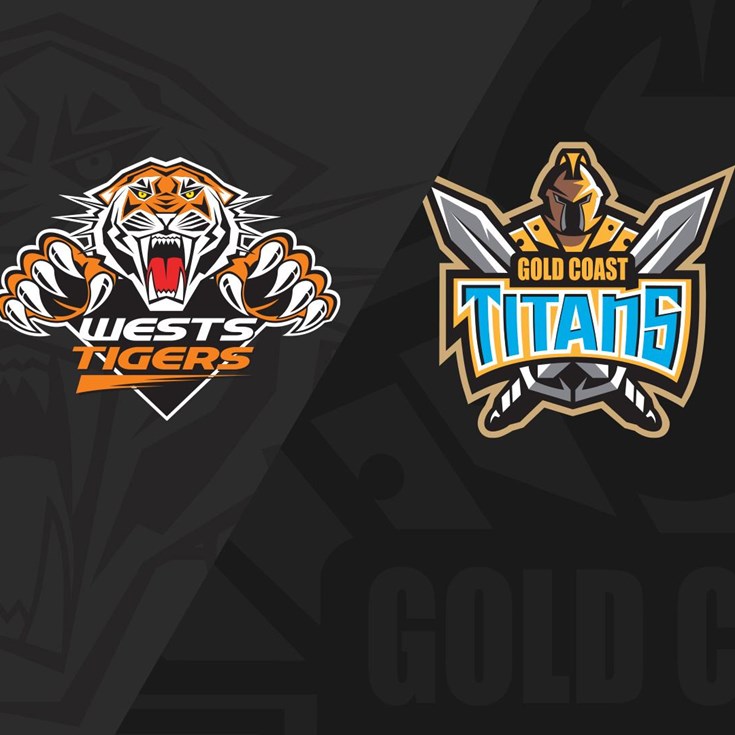 Doueihi gets a try but its too little, too late