Wests Tigers cult figure Mahe Fonua feared his season was over when he snapped a bone in his forearm clean in half back in round 15 but one plate and six screws later, the former Storm three-quarter is ready to help his team push for a miracle finals chance.

Like the rest of the club, Fonua isn't ready to let go of the hope that either the Broncos or Warriors will lose their final two games, which would open the door for the Tigers to sneak into the eight if they can somehow beat Manly and South Sydney by enough to overcome a differential gap.

But even if that doesn't happen, Fonua is determined to finish the season strongly and prove that he is one man the Tigers need in their backline next year when Kevin Naiqama (St Helens) and Malakai Watene-Zelezniak (Penrith) depart.

"I broke the radius bone, snapped that clean, had to get a plate and six screws put in," Fonua told NRL.com this week.

"On the weekend [against the Dragons] I had it padded up for extra protection, being my first game back and that will probably be the case for my next few games but it feels all right.

"Out on the field it didn't give me any grief. That's probably the least of my problems, it was the lungs that were hurting after missing eight weeks! The arm's not too bad. It's probably more of a confidence thing as well."

The injury was untimely for Fonua, who returned from the Super League to the Tigers only be stuck in an early-season backline logjam (one that pushed regular wing star David Nofoaluma to reserve grade briefly) before staking his claim as a first-choice centre.

"With footy that can happen... I was trying to cement a spot there and just finding my feet back in the NRL and things like that unfortunately happen, it's just the way the cookie crumbles," he said.

"I missed out eight weeks but was lucky enough while I was training the coach got to see what I was doing and must have had some confidence in me to throw me straight back in after eight weeks missing out.

"This year I just wanted to come back and make my way into NRL and show them I still had a bit to offer. I'm hoping I've done that this season and just to let the club know and show the fans and teammates what I can bring to the team.

"There's still a little hope for our finals chances but if we're to play only two more games this season at least my teammates and the coaching staff know what I'm capable of and can keep that in mind for next season."

The 25-year-old seems almost slightly embarrassed by his newfound status as a fan favourite.

"Yeah, I don't know if it's my hair that they're all fond of or my playing style but I just try and do what I can do and if the fans appreciate it then I'm lucky!" he laughed.

But having won over the fans, Fonua now hopes he can take on more of a leadership role in the backline next year with two experienced players departing, with a view to then pressing his claims for an extension beyond 2019.

"Hopefully the future is bright for the club, if all the boys stay here and we continue in the direction we're going in and we want to head in hopefully this club can be a real force to be reckoned with." 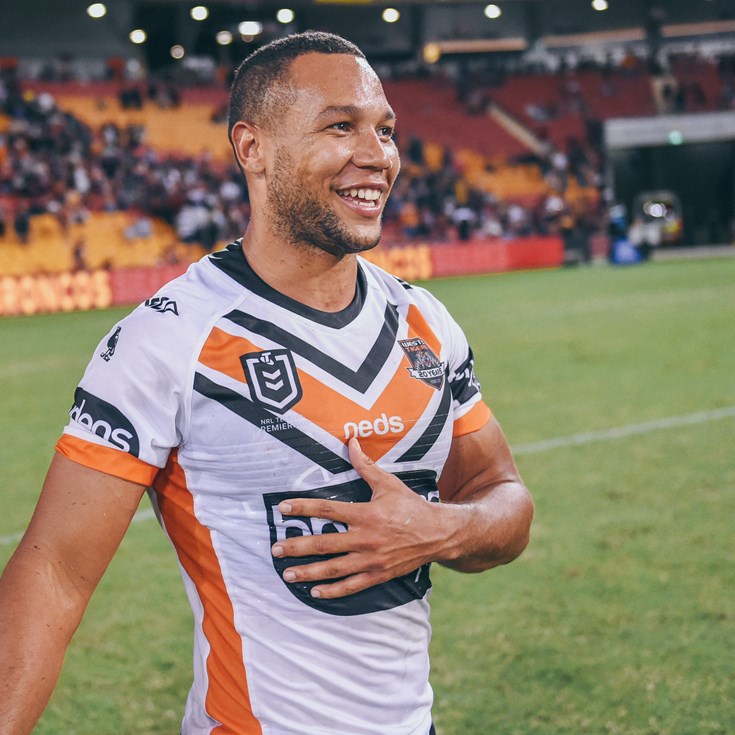 Maguire: Mbye is our captain and not going anywhere