It might not have been the prettiest victory, but Wests Tigers kept their finals hopes alive on Thursday with a 22-20 win over the Manly-Warringah Sea Eagles.

Leading 22-8 midway through the second half, Ivan Cleary's side looked on course to post a dominant win before a late Sea Eagles surge saw the visitors threaten to steal the win in the dying moments.

In the end, the home side were able to hang on and emerge with the two competition points — putting the pressure back on the Brisbane Broncos and New Zealand Warriors ahead of their tough Round 24 matches.

Not known for their ability to close out tight matches in years gone by, Wests Tigers again had fans on their edge of their seat on Thursday night with the Sea Eagles trailing by two points late in the contest. Incredibly, it's the 10th game this season for Wests Tigers that has been decided by one score or less, with Ivan Cleary's side recording their fourth two-point win for the year. Having said that, the side has also recorded four two-point losses (along with one-point and four-point wins) so while there's still plenty of room for improvement in this regard, it's certainly something which the side have done well in in 2018.

Still getting accustomed to wearing Wests Tigers colours — and with the number one on his back — Moses Mbye was again in fine form on Thursday night, with the fullback recording a try-assist for the third straight game. Mbye was also in the right place at the right time to back up Alex Twal's long-range run to score untouched under the posts, and the signs are certainly there that Coach Ivan Cleary and Wests Tigers have found their long-term fullback. With three tries also to his name, Mbye has also now scored as many tries in his eight weeks at Wests Tigers as he did in the entire season beforehand at the Bulldogs.

The big boys definitely did their job on Thursday night with a whopping 1800 run metres — the second highest number they've recorded in a game this season. Remarkably, their highest (1818m) also came against the Sea Eagles when they ran away with a convincing 38-12 victory back in Round 6. In those 1800 metres, Ivan Cleary's side also racked up 606.4 post-contact metres — again, their second highest total in a game this year (narrowly behind the 611.7m they had against the Cowboys back in Round 10).

The stat we really want to see — which again highlights this point — is that Wests Tigers had an average of 10.53 metres per run, the highest number they've had in a game this year. It's just the second time all season they've averaged over double figures in this regard, and well above the season average of 8.9m. 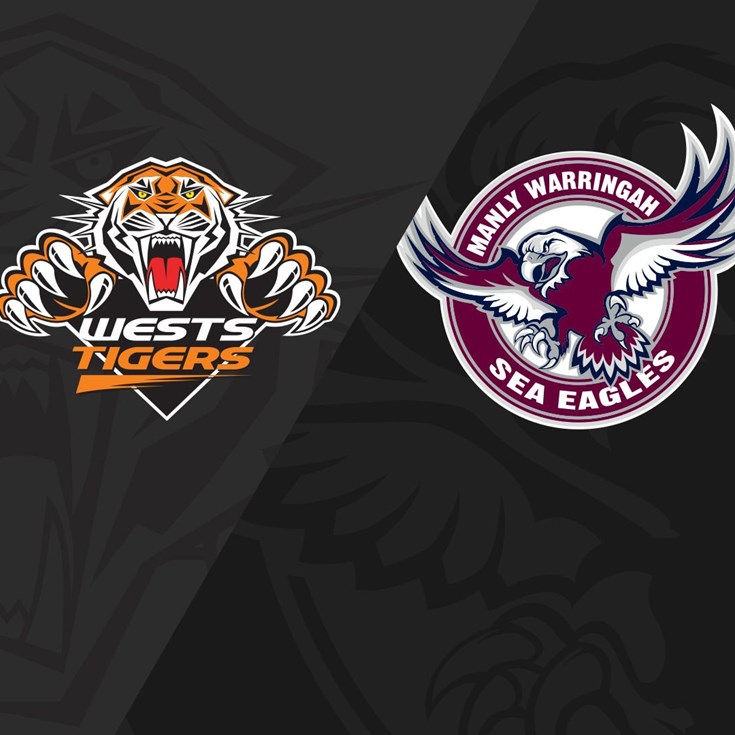