Western Suburbs Magpies have gone down 32-12 in disappointing fashion to the Newtown Jets in the final game of the Intrust Super Premiership regular season.

Given Mounties' loss to the Dragons earlier in the day, the result sees Western Suburbs finish the regular season in fifth position and will play in an Elimination knockout final at Panthers Stadium next weekend.

With all the early ball and a 6-0 penalty count inside the opening 15 minutes, Newtown unsurprisingly took the lead through Sione Katoa despite the winger appearing to have put the ball down on the sideline.

Aaron Gray would double the Jets lead after 18 minutes when he crashed over out wide, and with a weight of possession against them, Western Suburbs were simply doing well to hang on in the contest.

Nine first half errors from Newtown kept the visitors in the fight, and as the half wore on, Wests looked more and more threatening with the ball in hand. However, poor execution and communication — coupled with four kicks running dead — ensured the visitors were unable to build any pressure of their own.

Katoa looked to have grabbed a double just before the half-time break, but he was controversially denied by the officials — ruled to have produced a double movement after a stunning try-saver from Dylan Smith.

As both sides walked off the field at Henson Park at half-time, Coach Hodgson labelled it as "a half to forget in a hurry", with the Magpies not showing any of the urgency or tenacity with the ball in hand that had them on the brink of securing a top four finish in the Intrust Super Premiership competition.

With poor ends to their sets to start the second half as well, Western Suburbs fell further behind in the 45th minute when William Kennedy found his way through three cover tackles before racing away to score under the posts. His 90m effort in front of a vocal Henson Park crowd allowed Jesse Marschke a simple conversion for his first goal of the day and the Jets the chance to extend their lead further to 14-0.

When Jack Williams crossed untouched seven minutes later to put the score to 20-0, it looked like Newtown were going to run away with a commanding victory as Wests struggled to get in the contest.

However, Smith would ensure that the Magpies had something to show for their efforts with a determined run just seeing the fullback get to the line, with Tuimoala Lolohea converting to cut the score to 20-6.

Rueben Rennie would restore the Jets healthy lead when he proved too strong from close range, with Marschke's conversion pushing Newtown back out to 26-6 with 15 minutes still to play.

Wes Lolo and Kurt Aldridge would trade late tries, but it would matter little in the end as Newtown posted a commanding victory and consolidated a top four spot on the Intrust Super Premiership ladder. 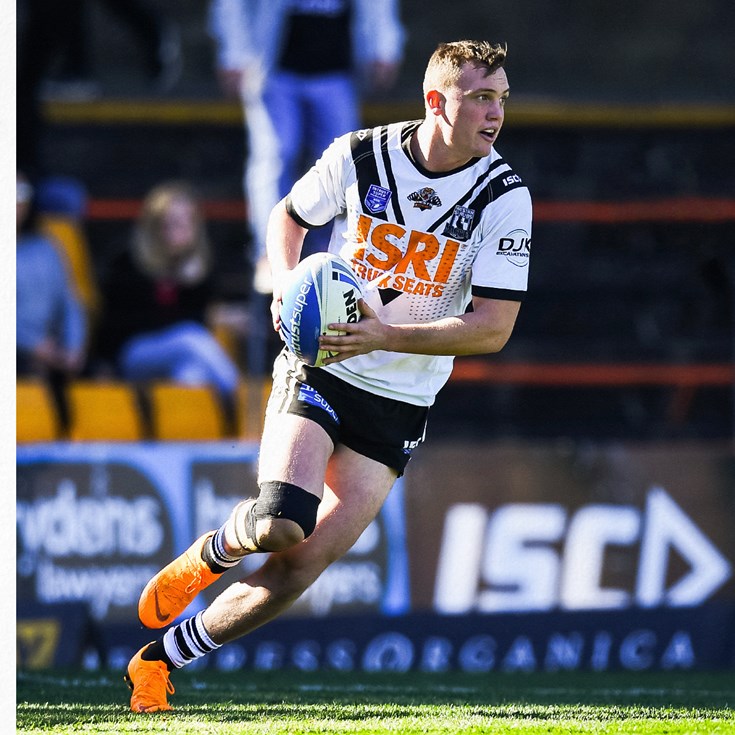 Top four on the line for Magpies in final round