International rugby league has received a huge shot in the arm, with confirmation that World Cup giant killers Tonga will play Tests against Australia and New Zealand.

The Tests were confirmed by the NZRL on Wednesday morning after months of negotiations to ensure the game capitalises on the momentum generated by Tonga's rise at last year's World Cup.

The Mate Ma'a, who were boosted by the defection of Jason Taumalolo, Andrew Fifita and other big-name stars from tier one nations, will play the Kangaroos on October 20 and the Kiwis on June 22 during next season's standalone representative weekend.

The Australia-Tonga Test will be played at Mt Smart Stadium the weekend after the Kangaroos play New Zealand on October 13 at the same venue.

"This is a fantastic result for all fans of rugby league and the continued growth of the international game," NRL CEO Todd Greenberg said.

"Many people have worked tirelessly right around the globe to ensure this match takes place.

"I'd particularly like to thank the NZRL for their efforts to ensure this match eventuated on New Zealand soil, along with the RLPA and the players.

"Tonga are the fourth-ranked team in the world and have fully-earned their right to take on the World-Champion Kangaroos."

To ensure the viability of the Test against Tonga, Australian players have agreed to a one-off reduction in their usual $20,000 fee and are expected to receive $5000 or less.

Some of the money the Kangaroos are sacrificing will go towards match payments for their Tonga counterparts – ensuring pay parity for the Mate Ma'a for the first time.

While NZRL officials had initially been reluctant for the Test to be played in Auckland because of fears it would impact on ticket sales for their Test against Australia, they were keen to host Tonga next season on the same weekend as State of Origin II in Perth.

"Kiwi fans have waited a long time, and it is great to be serving up such an exciting schedule of international matches," NZRL chief executive Greg Peters said.

"The Kiwis playing Tonga on home soil is a Test Kiwis fans and the New Zealand Rugby League community have been looking forward to.

"International rugby league is the pinnacle of our game and these Tests are another step towards developing the international calendar."

The October 20 Test will the first time Australia has played Tonga and is expected to be the beginning of more regular Tests for the Mate Ma'a against tier-one nations after their success at the World Cup.

With Taumalolo turning his back on the Kiwis at last year's World Cup, the likes of David Fusitu'a, Siosiua Taukeiaho and Manu Ma'u followed suit, while Fifita withdrew from the Australian squad to play for Tonga.

The Mate Ma'a beat New Zealand 28-22 before a capacity crowd in Hamilton to top their pool and lost 20-18 in controversial circumstances to England at a sold-out Mt Smart Stadium in the semi-final.

In addition to the Tests against the Kangaroos and Kiwis, Tonga may feature on the itinerary for the Great Britain Lions tour at the end of next season as RFL officials have made it known they want to play at least one Pacific nation as well as Australia, New Zealand and Papua New Guinea. 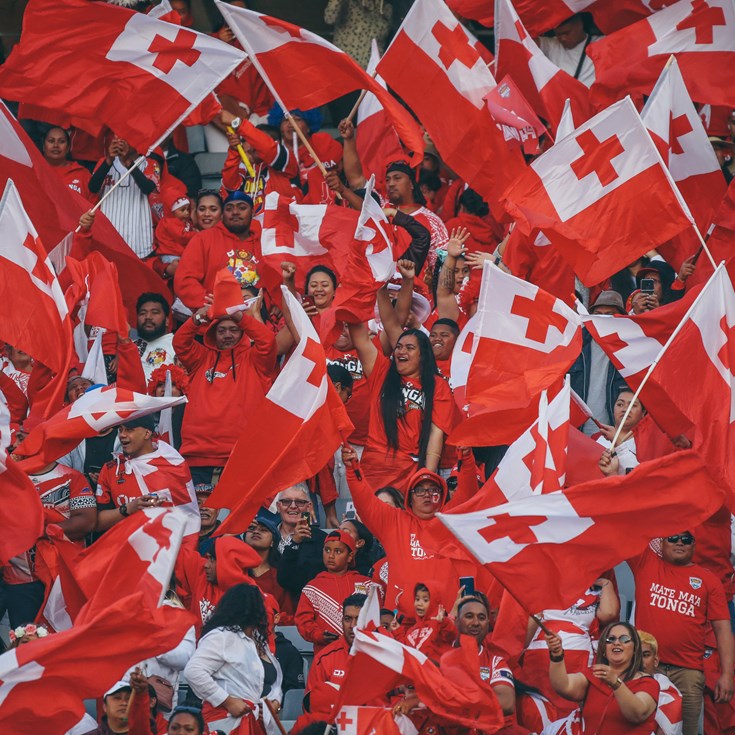