Wests Tigers forward Josh Aloiai is adamant his achievements both on and off the football field are a reflection of his hard-working and kind-hearted mother.

The Aloiai family faced some testing times in 2009 after the passing of their Aloiai's father.

Aloiai's mother, Helen, was left to raise four children along with foster kids they also took care of.

The forward has nothing but admiration for his mother and all she that did at the time, not only for his family, but everyone who crossed her path.

Aloiai, 22, said her strength and giving nature has inspired him.

The past three years Aloiai has been heavily involved in a number of community initiatives – namely hospital and schools visits.

He also is a frequent guest speaker at schools, TAFEs and youth groups, along with being the face of the 'Varying Abilities Program'.

"My achievements say a lot about my mum," Aloiai said.

"It was a really difficult time after my dad passed away, but she has definitely been superwoman for me and my family - she's always made sure we never went without anything and that we always felt loved.

"I'm a big mumma's boy... I have always admired her and everything that she's done and continues to do."

Humbled by his nomination for the 2018 Ken Stephen Medal, Aloiai said he feels in his element when out in the community sharing and hearing stories.

"It caught me by surprise actually. A lot of the community stuff I do, whether it is through the club or in my own time, I don't do it for recognition," he said.

"It's something I'm really passionate about and I feel we as rugby league players have a platform to make a difference not just on the field, but more importantly off it.

"I care about people and want to hear their stories, I enjoy mingling with different groups and continuing to learn new things from the different experiences I've had through the hospital, schools, TAFE and youth group visits.

"Whenever I am doing things out in the community, there's no looking at the watch for me. I don't want people to think that I'm just talking to them to tick over the time - wherever I go, I want to learn."

The second-rower has great pride in his Christian faith and feels he is on a life journey.

"I'm a Christian first and foremost before I'm an NRL player, and one thing I really enjoy is speaking at different youth groups and study groups," Aloiai said.

"A lot of the stuff I do extends from my faith - it's all about love for everyone.

"And that's the thing that made me the most happy about being nominated for this (Ken Stephen) award, it has come from being able to spread god's love to people." 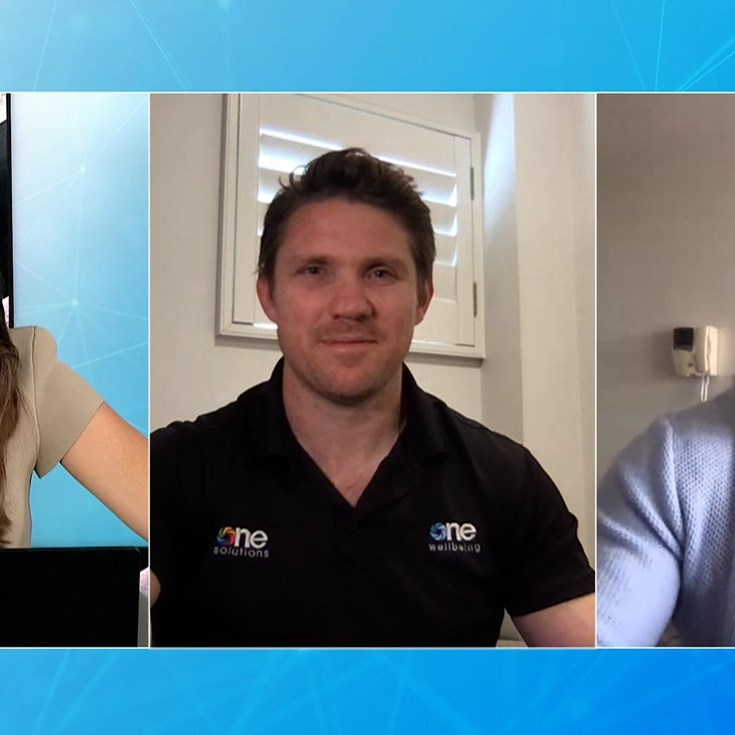 Naiqama: Wests Tigers on rise but long way from peak