A dominant performance from captain Kauri Aupouri has paved the way for Western Suburbs Magpies to cruise to a dominant 23-4 win over Blacktown Workers today at Leichhardt Oval.

Despite only leading 6-4 at the break, Western Suburbs never really looked like losing their season opener with Aupouri at the heart of everything — setting up his side's first try to Tyson Gamble before bagging a double himself in the second half.

Jacob Liddle was another standout for Brett Hodgson's side throughout the match, who will face the New Zealand Warriors in next week's game at Campbelltown.

It was the visitors who surprisingly took the lead after just eight minutes when Luke Metcalf sliced through the line to score, but that would be the only time Blacktown Workers found themselves on the scoresheet with Western Suburbs quickly hitting back through Gamble, who reacted quickest to a deflected kick from Aupouri.

His conversion from in front gave the Magpies a lead they wouldn't relinquish — unlucky not to lead by more at half-time with Chris McQueen and Aupouri both ruled to have knocked on over the try-line in seperate instances in the first half.

The Magpies would eventually get their second try as Aupouri took advantage of some tired defenders on the left edge to score his first of the day, before backing up a Gamble grubber to touch down for his second soon try shortly after.

More mistakes from the visitors would put the home side on the attack, and they put the game beyond doubt when Kane McQuiggin crossed with 15 minutes to play, with Gamble's conversion from out wide giving the Magpies an 18-point advantage.

Gamble put the icing on a solid team and individual performance moments before full-time with field goal from 20m handing his side a 23-4 win to kick off the year.

Western Suburbs will look to keep their momentum going in the next fortnight with two games at home at Campbelltown Sports Stadium — taking on the New Zealand Warriors and Canterbury-Bankstown Bulldogs in the next two Sunday afternoons. 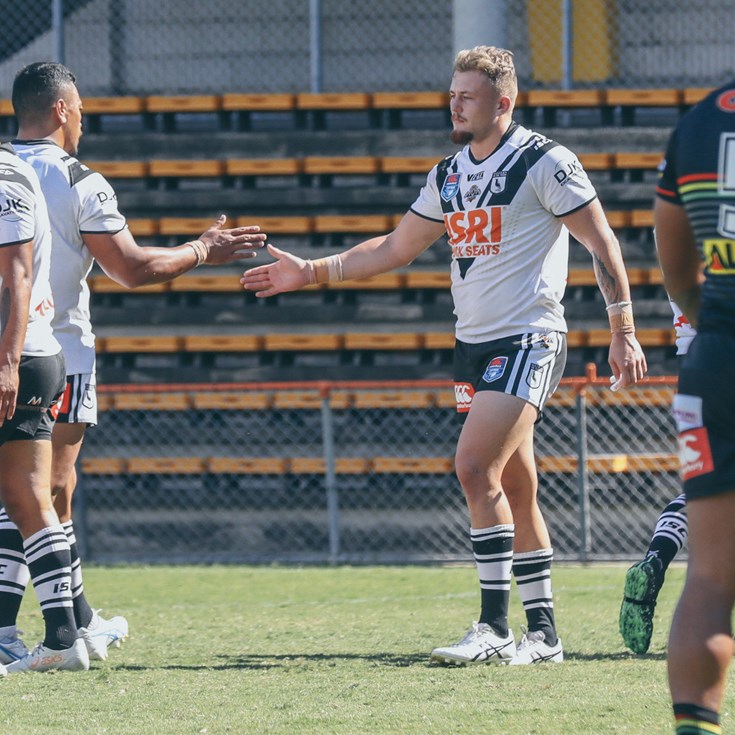