A sensational 35-metre try by West Tigers forward Michael Chee Kam with one minute remaining has given his side a stunning 22-16 win over a bumbling Brisbane Broncos.

The Tigers were setting for a field goal when halfback Luke Brooks, who was outstanding for his side, decided to spin the ball. Chee Kam delivered with a weaving run that left the Broncos season in tatters and lifted the Tigers into fourth spot on the ladder.

The final five minutes highlighted the inability of Broncos halves Anthony Milford and Kodi Nikorima to ice a game, when the Broncos had field position to land a field goal but fluffed their lines.

The Broncos' season is on the ropes with one win from five games. The last time Brisbane were in that position in 2010 they finished 10th and Ivan Henjak was subsequently sacked.

The Tigers deserved their victory and were inspired by Brooks, who had 20 runs and made 151 metres, and wily veteran Robbie Farah.

A bright spot for Brisbane was the performance of 19-year-old prop Payne Haas who was their best player with 168 metres and 45 tackles.

Brilliance by Jack Bird ignited the Broncos attack in the third minute when he ran from one side of the field to the other, beating four defenders in the process, to link with Kotoni Staggs and then Jamayne Isaako.

The Brisbane winger’s perfectly weighted in-field kick was snaffled by Matt Gillett for the opening try.

Brooks and Farah were creating havoc early but the Tigers were unable to capitalise with one dropped by Robert Jennnings as an open line begged to be crossed.

Chee-Kam wins it for the Wests Tigers

Bombed tries featured in the first half with Bird spilling a sitter for Brisbane after a Corey Oates pass, while Esan Marsters dropped a perfectly weighted bomb by Farah.

The near misses for both sides continued when David Fifita grubbered for himself and failed to ground it cleanly.

Finally the Tigers capitalised when a Brooks bomb was grabbed by Chee Kam, who popped up a cracker pass for Luke Garner to score and cut Brisbane’s lead to 8-6 at the break.

Gillett and Jennings both failed HIAs in the first half and did not return in the second.

Marsters levelled it up at 8-all with a penalty and the Tigers struck courtesy of another perfectly weighted bomb, this time by Reynolds. Corey Thompson leapt high to pop it back for the ever-present Brooks, who sent Matt Eisenhuth over under the sticks.

The Tigers turned the screws and pressure built on Brisbane thanks to the Reynolds and Brooks kicking games. Isaako’s short dropout went out on the full and Marsters nailed the penalty to take it out to 16-8.

In the 65th minute Nikorima turned it on from 40 metres out to find Fifita in support. The 19-year-old showed great composure to get a one-hander back to the Brisbane halfback to score under the sticks. An Isaako penalty levelled it up 16-all with 10 minutes to go.

The final 10 minutes was frenetic but it was the Tigers who always looked the most likely to show the most composure under pressure.

Chee Kam delivered the clutch play, the stuff dreams are made of. 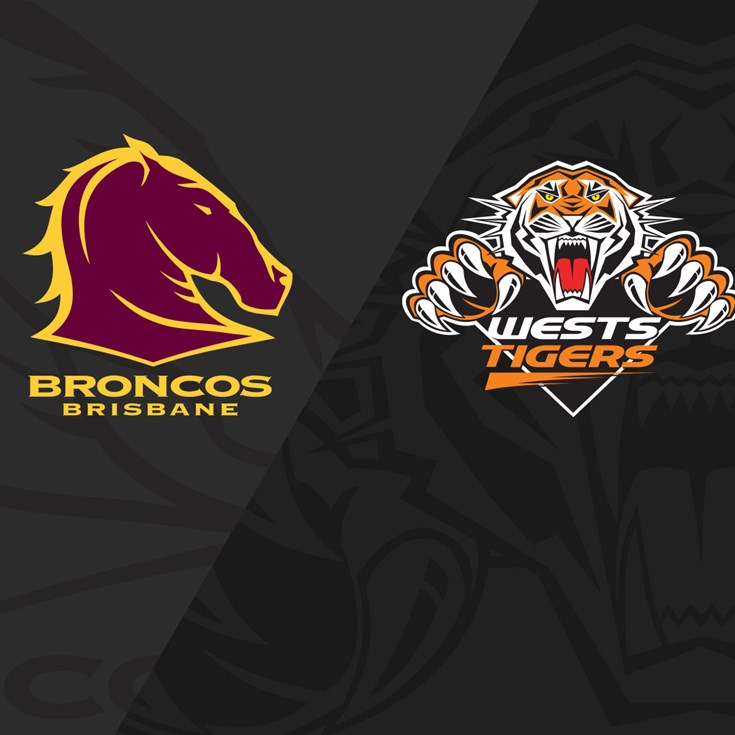