Wests Tigers Head Coach Michael Maguire has finalised his side to take on the Gold Coast Titans tonight for their Round 7 clash.

Kickoff for the match is at 5:30pm AEST from Scully Park in Tamworth.

With Luke Garner (concussion) and Michael Chee Kam (suspension) both ruled out, Maguire has confirmed several late changes for the game with Chris McQueen called in to the back row for his first NRL game of the 2019 season.

Elijah Taylor is the new inclusion to the side on the interchange bench alongside utility Paul Momirovski, who made his club debut earlier in the season.

Robbie Farah is a confirmed starter after undergoing the concussion protocols.

For the Titans, Coach Garth Brennan has confirmed just one late change with Jack Stockwell coming on to the bench to replace the injured Keegan Hipgrave.

Kevin Proctor will return from a hip injury while Moeaki Fotuaika starts up front. 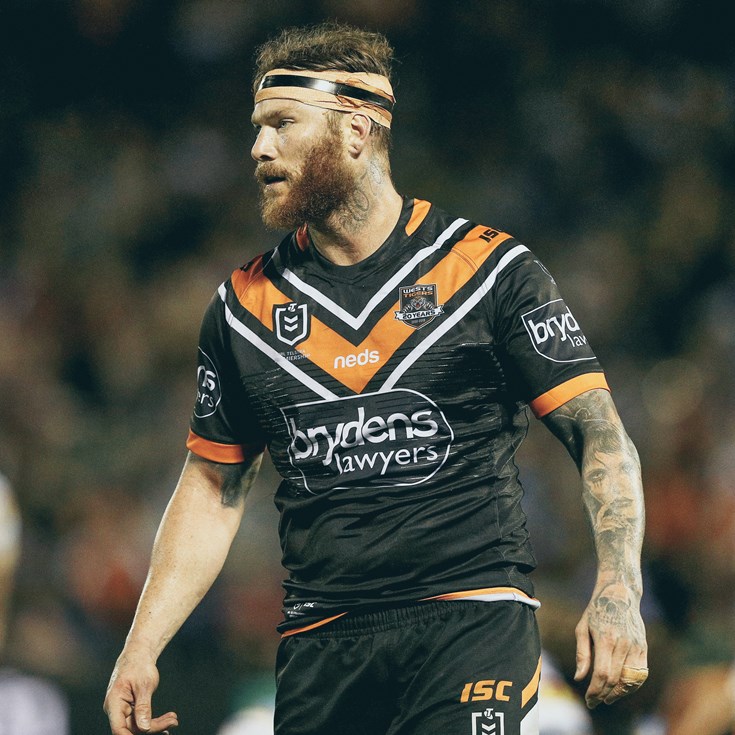 McQueen, Twal charged but free to play after early plea

Special return to Tamworth for Wests Tigers in 2019