Wests Tigers Head Coach Michael Maguire has updated his 19-man squad to take on the Penrith Panthers for their Round 9 clash tomorrow as part of the NRL's Magic Round weekend.

Kickoff for the match is at 6:00pm AEST from Suncorp Stadium in Brisbane, with the Sea Eagles and Broncos to feature as the second match of the night later on.

After a strong weekend of training, Maguire has listed Benji Marshall (hamstring) to return to the side after sitting out the last month with injury. The Kiwi playmaker will join with Luke Brooks in the halves for his 293rd career game.

Matt Eisenhuth will start at lock with Josh Aloiai (concussion) ruled out, while Oliver Clark will make his first-grade debut off the bench after being named in jersey 16.

Luke Garner was omitted from the squad 24 hours before kickoff, with Elijah Taylor coming on to the bench in jersey 19. Paul Momirovski and Michael Chee Kam remain in the squad as reserves, with Russell Packer dropping out.

Putting the finishing touches on!

For the Panthers, Coach Ivan Cleary has confirmed that Waqa Blake will sit out the game due to disciplinary issues with Tyrell Fuimaono moving in to the centres.

Sione Katoa starts at lock in place of Hame Sele (who is out with a minor back complaint) while James Maloney is free to play after beating his Judiciary charge.

Jarome Luai and Kaide Ellis are the new faces on the bench in a reshuffled team, while Dylan Edwards and Viliame Kikau remain in the squad as reserves.

Final team lists will be confirmed one hour before kickoff (5:00pm, Friday). 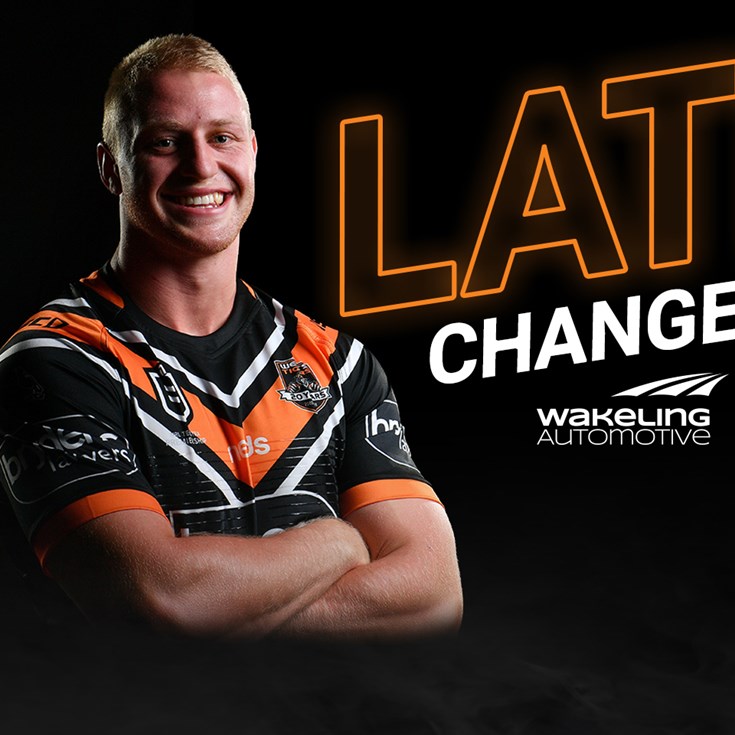 Presented By Wakeling Automotive Fri 10 May, 2019