Wests Tigers Jersey Flegg side have come off second best to a top-four South Sydney team on Saturday morning with the Rabbitohs recording a dominant 58-18 win at Leichhardt Oval.

Trailing 24-12 at half time, Lucas Castle's try in the opening five minutes of the second half showed a glimmer of hope for Wests Tigers to bounce back, but the Rabbitohs' discipline in attack and defence proved too strong in the end — running away with the score late on with a flurry of late points.

In a losing side, Zac Cini showed promise in the fullback position following his switch from the centres, but a 59% completion rate on the day made it far too tough for Wests Tigers, who now sit in 10th position with the bye next weekend.

South Sydney would score a total of 10 tries during the game — including a hat-trick to Kane Allan — but it wasn't all straightforward early on as tries to Cini and Senn Kane kept Wests Tigers within striking distance of their opponents.

When Castle opened the scoring after half-time there was a chance for the visitors to hit back in the contest, but the home side were far too good — Blake Taafe controlling the contest to finish with 18 points as Allan rounded off his hat-trick. 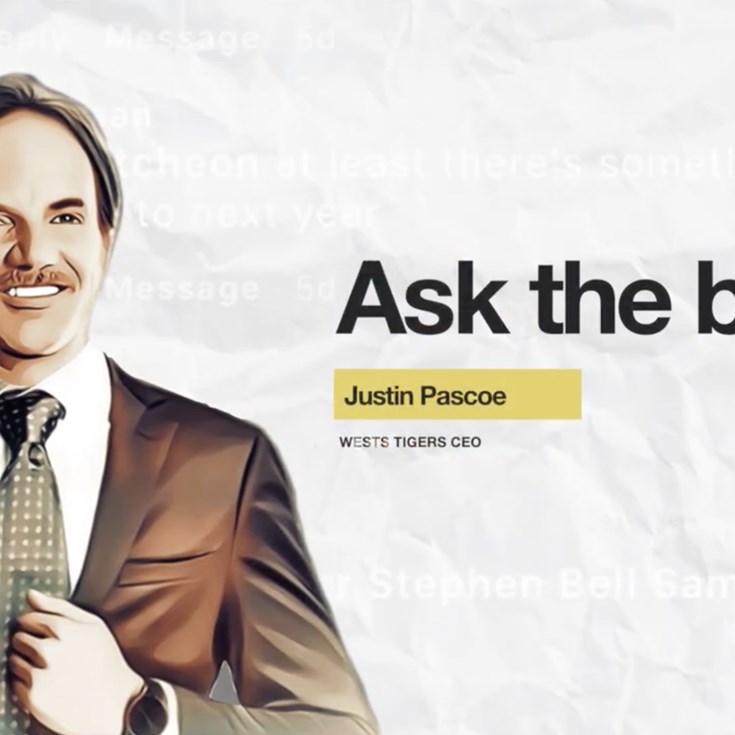 Laurie stars as Wests Tigers down Manly in trial