Wests Tigers Head Coach Michael Maguire has finalised his side to take on the Melbourne Storm tonight at AAMI Park.

Kickoff for the match is at 7:50pm AEST as Wests Tigers look to make it three wins in a row against the Storm following back-to-back victories in 2018.

After a strong week of preparation following the team's big win in the Magic Round Weekend, Maguire has confirmed an unchanged lineup for tonight's game with Josh Aloiai returning from concussion in the only change to last week's team.

Melbourne Coach Craig Bellamy has confirmed just one late change for his side with Joe Stimson coming on to the bench for his first game of the year.

Stimson replaces Sandor Earl in the final 17 for the home side. 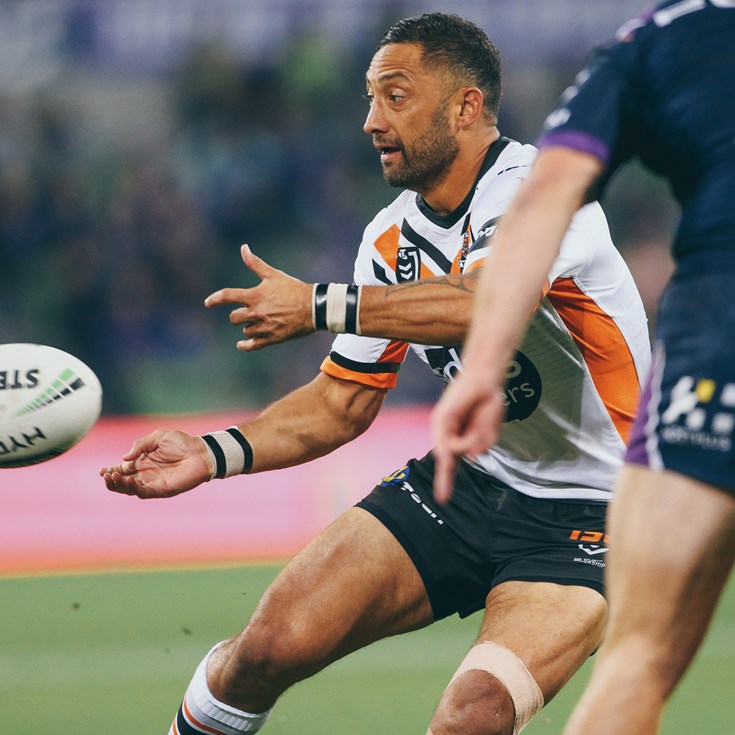 Watch Wests Tigers take on the Storm in style!