Queensland 1. The other team 0.

After a week of mind games, whisperers and taboo topics, Queensland's unorthodox approach to the opening game of this year's State of Origin series has produced the success they were told to expect.

The motto behind Queensland's build up that placed an almighty target on the back of under pressure coach Kevin Walters.

But the team that shall not be named walked away from Suncorp Stadium empty handed as the Maroons ensured they would head to Perth with a 1-0 series lead following an 18-14 victory on Wednesday night.

Queensland baulked the talk in the hope of walking the walk, a new method of madness from the muzzled Maroons and their $5500-an-hour coach whisperer, Bradley Charles Stubbs, to match the madness of Brad Fittler's team of earthers, meditators and yoga enthusiasts.

"It was an awesome game, that first half was the hardest footy I've played," Maroons fullback Kalyn Ponga told Channel Nine after the win.

"Our boys were outstanding.

"We were still positive for the second half. We knew we were in the game.

"We came out in the second half and just gave it to them."

On the back of a colossal performance from prop David Klemmer, Damien Cook and James Tedesco terrorised the Maroons through the middle of the field to give the Blues the ascendancy in the opening half.

But with Queensland trailing 8-6 midway through the second half, the game turned on its head when Latrell Mitchell was sent to the sin bin for a professional foul on Matt Gillett.

And in the space of 15 minutes, the Maroons turned a two-point deficit into a 10-point lead that would set up a gutsy victory in front of a crowd in excess of 52,000.

But the show belonged to Kalyn Ponga and Cameron Munster, whose fancy footwork undone the hard work of Cook and Tedesco in the opening half.

For all the talk about the exciting youngsters leading into the game, it was the oldest player on the field, Josh Morris, who scored the opening try of the match after an early penalty goal to the Blues.

It came on the back of some potent footwork from Tedesco, who shrugged out of tackle from Cameron Munster to set up his outside man to give the Blues an 8-0 buffer mid-way through the opening half.

After a dominant opening period from the Blues, the tide began to turn in Queensland's favour, however the bunker denied Dylan Napa a rare four-pointer after deeming he failed to ground a loose ball from a Cherry-Evans grubber.

The brilliance of Munster, who beat several tired NSW defenders with a silky footwork, put Will Chambers into open space but the speed of his Storm teammate, Josh Addo-Carr, saw him chased down metres before the try line.

NSW's left side were having difficulties containing the Maroons, relying several times on the chasing speed of Addo-Carr to help them recover when a try beckoned for Queensland.

The sideline denied Corey Oates in the first half, but there would be no repeat in the second half as the Broncos winger capitalised on a majestic pass from Ponga to dive over in the corner and reduce the deficit to 8-6 with 26 minutes remaining.

In a huge call from Fittler soon after, Jack Wighton came on the field in his debut at five-eighth, relegating Cody Walker to the bench in somewhat of a shock play from the coach.

But moments later Fittler's plans were thrown into disarray when Mitchell was sent to the sin bin for a professional foul on Gillett, denying him the chance to latch on to a Cherry-Evans grubber.

While the proximity of Tedesco in cover denied the Maroons' appeal for a penalty try, Ponga slotted over the ensuing penalty to square the ledger with a quarter of the match remaining.

The Blues did incredibly well to withstand the following onslaught, but with second remaining before Mitchell returned from the sin bin, Wighton's offload that would have put Addo-Carr over untouched was intercepted by Dane Gagai.

The Maroons winger ran 95 metres to send Suncorp Stadium into raptures, however Ponga's unsuccessful sideline conversion kept the Blues within four points with 11 minutes on the clock.

It looked like the Maroons had done enough when Ponga's bullet pass put Gagai over for another, but a grandstand finish was set up when Jake Trbojevic crashed over with five minutes remaining, only for Queensland to hold firm.

"Like I always say it's just off the back of effort from the boys," Gagai told Channel Nine.

"It makes my job a lot easier when I'm catching the ball out wide. It's having trust with the boys on the inside and that I know my role.

"I thought the debutants were outstanding."

The NRL match review committee confirmed on Wednesday night there were no judiciary charges from the match. 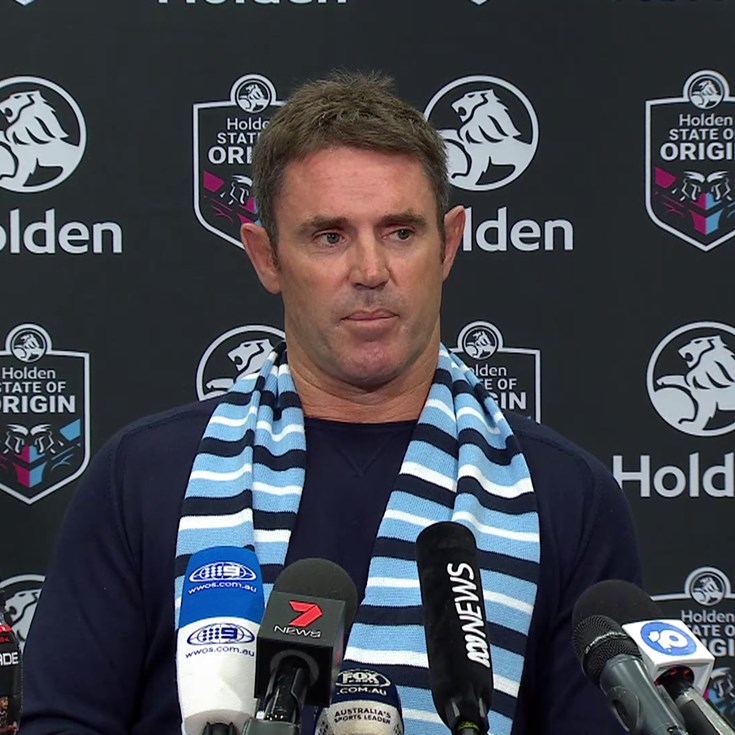