It was an action-packed weekend for Wests Tigers as a number of players featured in the NRL Representative Round.

Wests Tigers had a number of contracted players in action throughout the Representative Round, starting with four women who ran out at North Sydney Oval for the U/18's and senior Blues sides. Of particular notoriety was Botille Vette-Welsh, who became the first Wests Tigers female to play State of Origin with the Blues running out victorious in both matches courtesy of their strong defence.

Robbie Farah and Bilal Maarbani proudly represented Lebanon as they went down to Fiji, while Michael Chee Kam, David Nofoaluma and Josh Aloiai all helped Samoa to a dominant victory over Papua New Guinea at Leichhardt Oval.

On Sunday, captain Moses Mbye featured for Queensland as they went down to the Blues in Perth with the Origin series now locked at one game apiece.

Game Three will be played on Wednesday, July 10 at ANZ Stadium.

Wests Tigers also had its Jersey Flegg side in action on Saturday, with the young guns going down 24-22 in a tight contest against the in-form Penrith Panthers.

2020 Development Player Zac Cini scored a double as the hosts threatened a late upset but they couldn't quite get there in the end against the top four side.

Western Suburbs Magpies also suffered a defeat to Asquith in Ron Massey, but retained fifth spot on the ladder despite going down 20-4 in tough conditions.

Round 15 will see Wests Tigers face off against the South Sydney Rabbitohs in all four grades — NRL, Canterbury Cup, Jersey Flegg and Harvey Norman Women's. 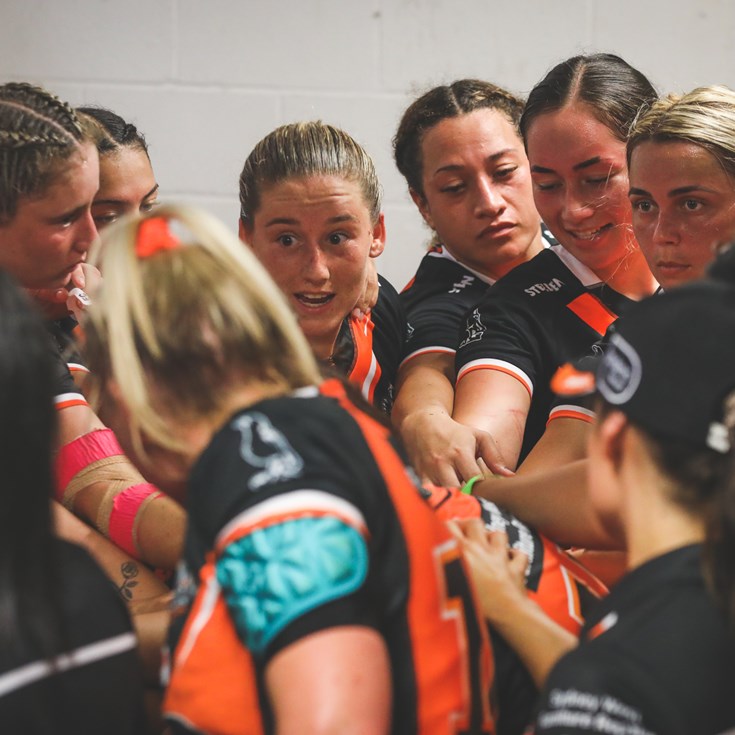 Presented By Waterview 6 days ago
54