Wests Tigers have made it back-to-back wins for just the third time this season with a determined 28-4 win over the North Queensland Cowboys at Leichhardt Oval on Thursday night.

Keeping their opponents scoreless for the majority of the contest, Wests Tigers showed tremendous effort and determination in defence to keep the Cowboys at bay while some classy moments in attack proved too good for the visitors, who extended their poor run at Leichhardt Oval where they have not won since 2000.

The win sees Wests Tigers move temporarily back in to the top eight ahead of another crucial clash next Saturday against the Canterbury-Bankstown Bulldogs.

After starting slow in their past two weeks, Wests Tigers came out of the blocks firing in front of a small but vocal Leichhardt Oval crowd with Esan Marsters collecting a Luke Brooks kick to score after just eight minutes of play.

The home side would never look back, running in two more first half tries through Robbie Farah and Paul Momirovski to lead 16-0 inside the opening 20 minutes.

A forward pass and obstruction against Shane Wright would deny the Cowboys on two occasions in the first half, with Wests Tigers riding a near perfect completion rate to lead the visitors comfortably by 16 points at the break.

After a misjudgment from Corey Thompson off a kick invited the Cowboys on to the attack, it was Brooks again who came up with the crucial play for his side — somehow denying Feldt with the line up with a superb one-on-one tackle.

A penalty goal to Mbye would push the lead to three converted tries with 20 minutes remaining as the home side were rewarded for their defensive resilience.

Marsters opens the scoring at Leichhardt

Having been denied twice earlier in the match, Feldt would eventually get his try inside the final 15 minutes of the game after a clever cut-out from Jake Clifford, but the halfback was unable to land the crucial conversion from out wide.

With the Leichhardt Oval crowd behind them, Wests Tigers would see the game out with eight minutes to go when Marsters finished off some brilliant pivot play from Benji Marshall to put the home side beyond three converted tries in front.

Chris Lawrence would put the icing on the cake with his first try for 2019, with the big victory a huge boost for the team's for-and-against moving forward.

Maguire's men will look to make it three wins a row for the first time this year when they take on the Canterbury-Bankstown Bulldogs next Saturday at ANZ Stadium. 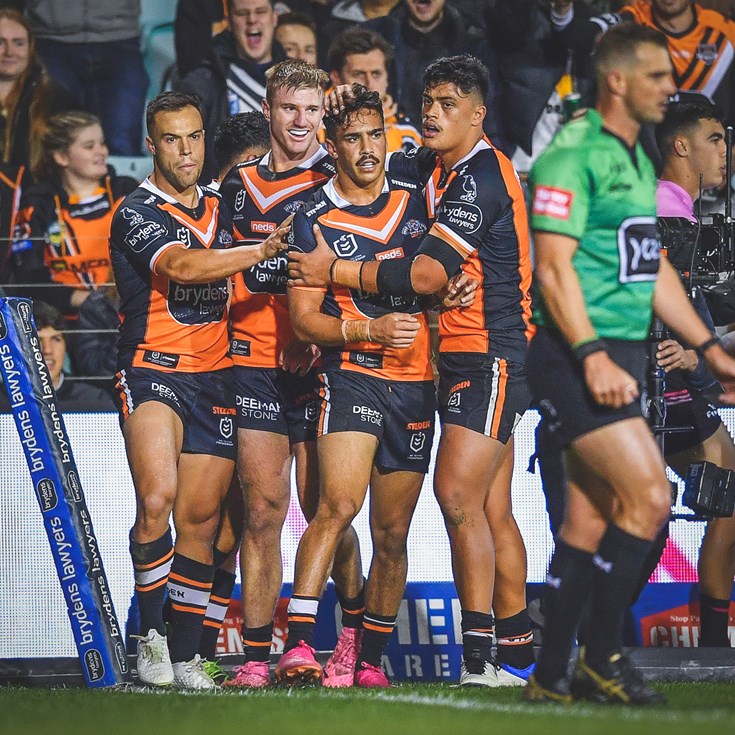 Presented By Labourpower 1 week ago
00:14