One of the Wests Tigers good-luck charms may be 22-year-old physiotherapy student and front-rower Oliver Clark.

The tall blond prop has played four games for the Tigers in his rookie season and won all four.

The most recent was last Thursday's round 20 win over the Cowboys at Leichhardt Oval. That came after the round 19 win in Newcastle over the Knights, the round 15 triumph over the Rabbitohs and the round nine victory over the Panthers.

The success over the Panthers was particularly satisfying. It was his NRL debut but it was also against his old club – a place where he won the 2017 Intrust Super Premiership alongside the likes of Jarome Luai, Corey Waddell, Sione Katoa, Maika Sivo, Villiame Kikau and Moses Leota.

"I came through Penrith juniors and I had a lot of success because we had a really good team there," Clark told NRL.com.

"I then had a run of bad injuries at the wrong time so I kind of lost momentum at Penrith. I saw an opportunity at the Wests Tigers and took it with both hands not knowing what would happen."

That was when he was released mid-season in 2018 and arrived at Concord Oval.

"Twelve months later I'm really happy and really grateful that I came across.

"I had a bit of a relationship with Ivan [Cleary] at Penrith but he wasn't the key reason I came here.

"Rugby league is funny – I came here; he went back there – but when 'Madge' [coach Michael Maguire]  came in I still felt there was a chance for me here to play NRL."

And he's doing that successfully averaging about 30-35 minutes per game with a tackle efficiency rate of 92.6 per cent.

"Madge has been really good and accommodating and ACU has been fantastic with letting me chop and change classes to fit in with my training.

"I couldn't be more thankful to them. I'm managing to balance it all at the moment so I'll just keep going."

He admitted to having resorted to self-diagnosis.

"I was playing in the grand final of the NSW Cup [2017] and I got hit in the leg and the physio came out to me and I said: 'Mate I've either broken my fibula or done my syndesmosis' and we found out later I'd done both," Clark said of a fractured leg and high-ankle sprain.

Not unaccustomed to important games – he represented NSW in the under 16s, U18s and U20s – Clark had to prepare himself to play on the hallowed Leichhardt Oval alongside greats like Robbie Farah and Benji Marshall.

Oliver Clark on combining university study with the NRL

"I'm still pinching myself. I remember watching the boys play here in round one against Manly and what a great atmosphere it was," he said.

"To get to play here now and be out there for the first time – I was really pumped for it – a big occasion and a big loud crowd.

"I feel really grateful to have played in Robbie's 300th at Newcastle and then play again this week. It's great seeing how much Robbie means to everyone, not just his teammates."

And with his own NRL career, the Quakers Hill junior wants that to have a long shelf life.

"I want to pick up and go with it.  Physio is for life after footy. I want to keep doing this as long as I can." 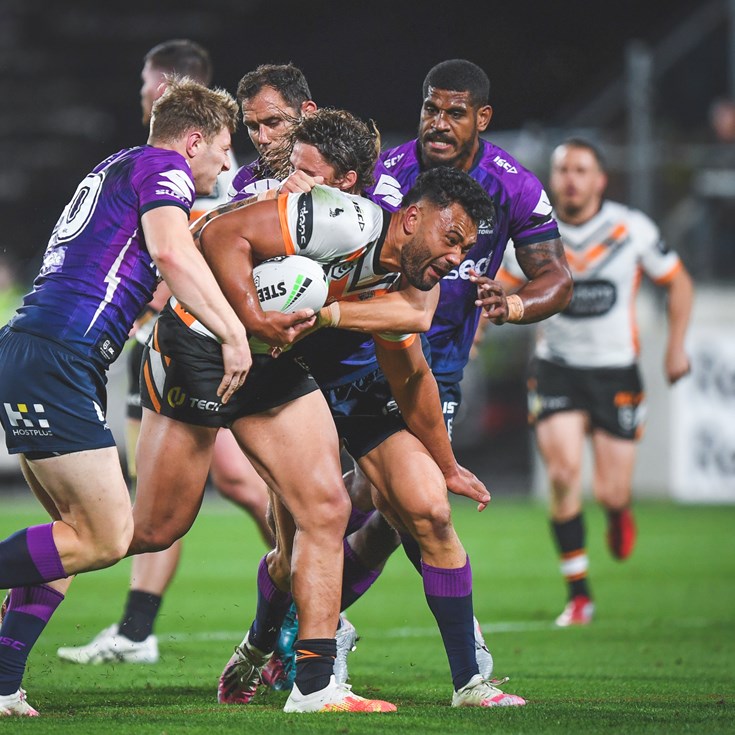