At least four triple-centurions will depart the NRL at the end of season 2019 with the combined experience of the 2019 retirees to exceed 4000 games.

The NRL is saying farewell to the retiring class of 2019, as well as some players who did not play this year but announced their retirements, on grand final day as part of the pre-game entertainment.

Heading the list is multiple premiership-winner Cooper Cronk, who sits second on the all-time games list with 371. His ninth grand final and last game will be number 372.

With two Dally M medals, one Golden Boot, one Clive Churchill Medal, five Dally M Halfback of the Year nods, 38 Tests, 22 Origins and eight grand final appearances for three premierships so far, Cronk will take an irreplaceable wealth of knowledge with him when he hangs up the boots.

Storm and Rabbitohs great Greg Inglis retired during the season due to persistent injuries.

He played 263 NRL matches as well as making 39 Tests appearance for Australia, 32 Origin matches for Queensland and five appearances for the Indigenous All Stars.

Fellow 300-gamers Paul Gallen, Robbie Farah and John Sutton have also confirmed their retirements. Gallen and Farah each played a key role in NSW's drought-breaking 2014 Origin series win and each was a part of their respective club's first premiership – Farah in 2005 with Wests Tigers and Gallen for the 2016 Sharks.

Gallen finishes on 348 games in the black, white and blue while Farah netted an unlikely 303rd game in round 25 after overcoming a broken leg.

Sutton captained his beloved Rabbitohs to their drought-breaking 2014 premiership and retires with all of his 336 NRL games coming in cardinal and myrtle – the ninth-most capped player in history and easily the most-capped Rabbitoh, more than 100 clear of second-best Nathan Merritt.

The remaining active members of the 300 club – Cameron Smith, Darius Boyd, Adam Blair and Benji Marshall – are signed for 2020.

Former international Matt Scott (268 games for the Cowboys) has played his last NRL game while his long-time Cowboys forward comrade, Scott Bolton (246 games), is joining him in the retirement lounge.

Scott was an integral part of Queensland's decade of Origin dominance and spent a huge chunk of his career being widely regarded as the best prop in the world. He played 22 Tests for 20 wins and 22 Origins for 13 wins, and was a key part of the Cowboys' 2015 premiership win.

Yet another one-club man, Eels stalwart Tim Mannah, finishes up with 233 starts in blue and gold to go with five Tests for Lebanon, four Origins for NSW and four City Origin jerseys.

Long serving Raiders stalwart Shaun Fensom has pulled the pin on his 176-game career at just 30 years of age after three seasons at the Cowboys and Broncos while Sea Eagles pair Trent Hodkinson (174 games for Manly, Canterbury, Newcastle and Cronulla) and former Titan Kane Elgey (57 games for Gold Coast and Manly) are also hanging up the boots.

Smith's journey to a record 400 games

The round 25 match at Cbus Super Stadium was the last for Jeremy Latimore, who is calling time with St George Illawarra this year after an 11-season career with the Eels, Warriors, Dragons, Panthers and Sharks before returning to the Red V last year. He has tallied 182 games in first grade.

A series of injuries also forced late-blooming Knights cult hero Nathan Ross into retirement with 60 games, all of which came in a tough period for the Hunter club.

Maloney reveals why it’s time to leave the NRL

There is also a wealth of experience leaving the NRL for the Super League.

Maloney's legacy, aside from being one of the NRL's true characters, will be as a winner – he made every team he joined better, taking the Warriors to a rare grand final appearance in 2011 and winning premierships with the Roosters and Sharks. He also played a key role in the 2018 and 2019 Origin series wins.

Often overlooked is Maloney's endurance – he earned four caps at Melbourne in 2009 as a fill-in but from the time he moved into a starting role from 2010 to now, no other player has played more NRL games.

The 2019 retirees' list will rival than last year's record tally which also resulted in more than 4000 games in experience hanging up the boots. 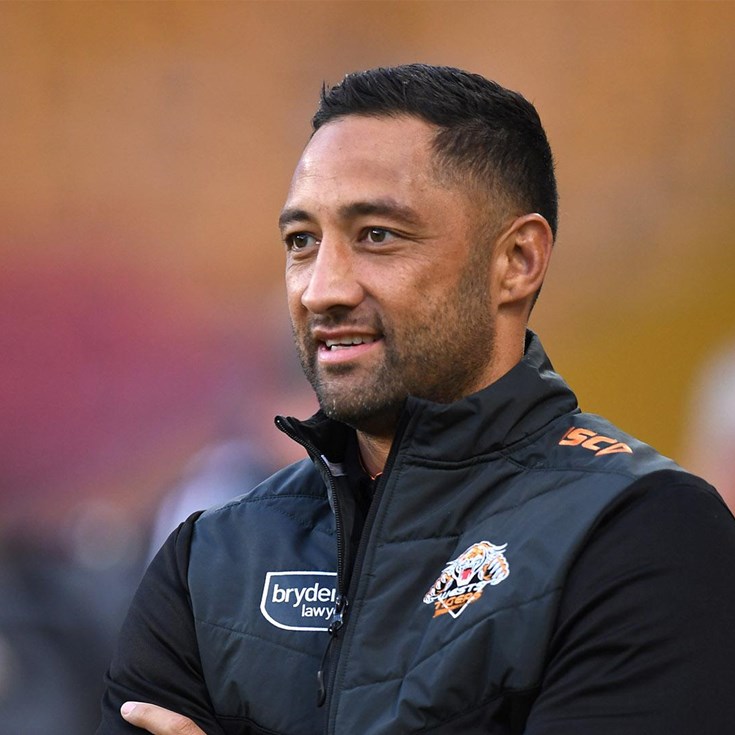 Renouf: Six of the best will leave an enduring legacy