Come Thursday night he'll be in high alert for a knock-out blow from his great mate and groomsman-turned-"Grim Reaper" Jorge Taufua.

Before re-signing with the Tigers in May, the Sea Eagles registered their interest in luring Chee Kam back into maroon and white where he first played NRL alongside Taufua in 2014.

Chee Kam still lives at Collaroy and remains close enough with Taufua to include him in his wedding party last year, but told his agent not to bother pursuing the Sea Eagles' approach given his love of life at Concord.

"My manager was saying they were kind of interested but I didn't really talk about it too much," Chee Kam said.

"He just said there was a bit of interest there. I'm still living out in the Manly area.

"But my heart was always [set on] staying here with the Tigers.

"I love what Madge [coach Michael Maguire] bought to the club and what he wanted to bring for the future and I wanted to be a part of that."

The Tigers will be bidding to keep their finals hopes in their own hands on Thursday night, a formidable task against Manly on their own turf.

Of equal concern is Taufua's penchant for belting opponents of late, to the point his teammates have dubbed him "The Grim Reaper".

Having previously lived with Taufua in a share house along with former Sea Eagles Peta Hiku and Ligi Sao, when he would move the "clean freak" winger's shoes just to set him off, Chee Kam has been brushing his mate this week, purposely poking the bear in the process.

"I'm going to have to watch out, get the peripheral vision on Jorge," Chee Kam laughed.

"He's a silent assassin out there. When I first moved to Manly in 2012 we all lived together. [But] no mates this week.

"It started on Sunday, he said he can't wait to put one on me.

"I didn't reply, I just gave him the 'seen' on WhatsApp.

"I reckon he's going to come for me because I gave him the 'seen'.

"I haven't replied to him, if I don't talk to him I reckon he's going to try and put one on me. I'm excited though, I can't wait."

The Tigers will be without more than $3 million of talent through injuries to some of their biggest names, with youngster Jacob Liddle and debutant Tommy Talau coming in respectively for Robbie Farah and Moses Mbye.

Chee Kam has enjoyed the fervour of a packed Brookvale Oval from both perspectives. And he knows Manly's resurgence under Des Hasler will make Thursday's assignment all the tougher as Wests Tigers hunt the likely three wins from their last four games needed to qualify for the finals.

"Playing at Brookie is a bit like playing at Leichhardt for us," Chee Kam said.

"I love those grounds and I know those two names will be a big loss for us but we're confident whoever Madge puts there will bring a lot of energy and excitement to the team which will help boost us.

"But going there, we know it's going to be tough. The crowd will be loud ... and we've got to make sure we're communicating, it gets pretty loud there at Brookie but we'll be all right." 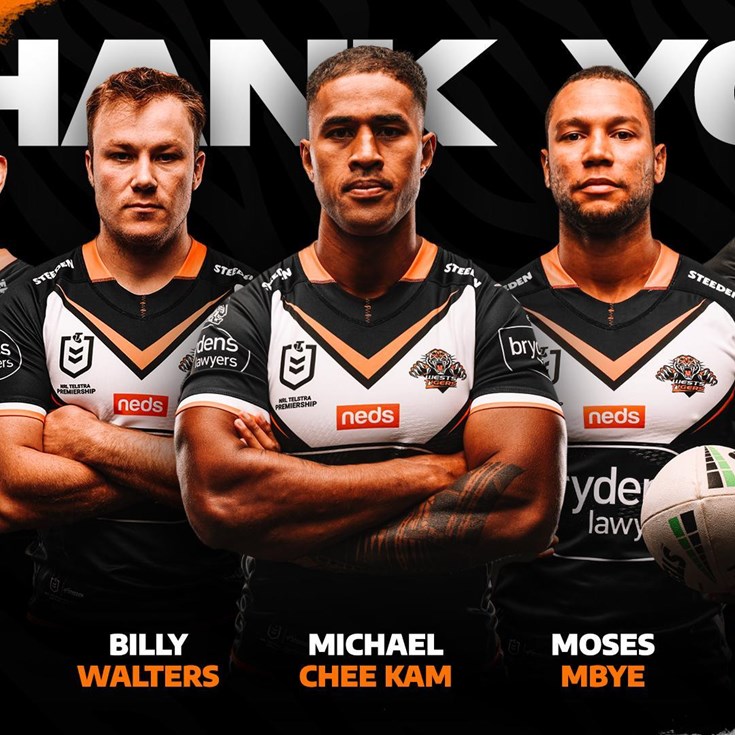 'Miss her a lot': Chee Kam's Women in League Round tribute to pregnant wife

The game that convinced Chee Kam he belonged