Wests Tigers head to the Northern Beaches tonight looking to keep their season alive against the Manly-Warringah Sea Eagles after a disappointing defeat against the Bulldogs last week.

On the back of two good wins to put them back in top eight calculations, Michael Maguire's side were dealt a triple blow last week when injuries to Robbie Farah (tibia) and Moses Mbye (hip flexor) ended in a heartbreaking 18-16 loss to the Bulldogs — dropping Wests Tigers back to tenth on the competition ladder.

Farah and Mbye aren't named this week and it'll be the youth of Wests Tigers that is called upon to get the job done against Manly with youngsters Jacob Liddle, Tommy Talau, Oliver Clark and Thomas Mikaele all set to star the contest with the likes of Farah, Mbye, Ben Matulino, Russell Packer and Josh Aloiai all unavailable.

For Liddle, it's the first time the crafty rake has started in the number nine this jersey, with the Wyong Roos junior getting his shot at the position perhaps sooner than many had expected given Farah's good form and retirement at the end of 2019.

Liddle has won the past two games he has started at hooker, however, including his side's thrashing of the Sea Eagles at Lottoland last year where he also scored a try.

Aside from last year's win, Wests Tigers' record over on the Northern Beaches doesn't make for great viewing — they've won just twice there since 2000 — while Manly hold a formidable 7-3 record when playing at home this year.

Des Hasler's side will be kicking themselves last week after they missed a chance to move in to the top four with a tight defeat to the New Zealand Warriors.

Still, the Silvertails are well on their way to September footy as they currently hold down fifth position with their last big defeat coming way back in Round 11. Since then, Manly have gone on a good run of six wins from nine matches with all three losses decided by 10 points or less, and they'll be hoping to continue that tonight.

The hosts do have a few minor injury concerns with Brad Parker (knee) and Curtis Sironen (hamstring) both missing, but captan Daly Cherry-Evans will play despite doubts around a knee complaint picked up across the Tasman.

Playing in the first game of the round, a win for Wests Tigers could see the visitors jump all the way to seventh and they'll be hoping for a similar result to their season opener this year when they strolled to a convincing 20-6 win over Manly.

Conversely, the Sea Eagles could move in to the top four should they secure a win.

Wests Tigers — Jacob Liddle starts at hooker in place of Robbie Farah while Moses Mbye's injury sees Tommy Talau called in to the side for his NRL debut. Luke Garner's one-game suspension by the Judiciary sees Chris Lawrence return to the back row with Chris McQueen in to the team for the first time since Round 11.

Odds correct as of Thursday, August 15 — 18+ only and gamble responsibly. 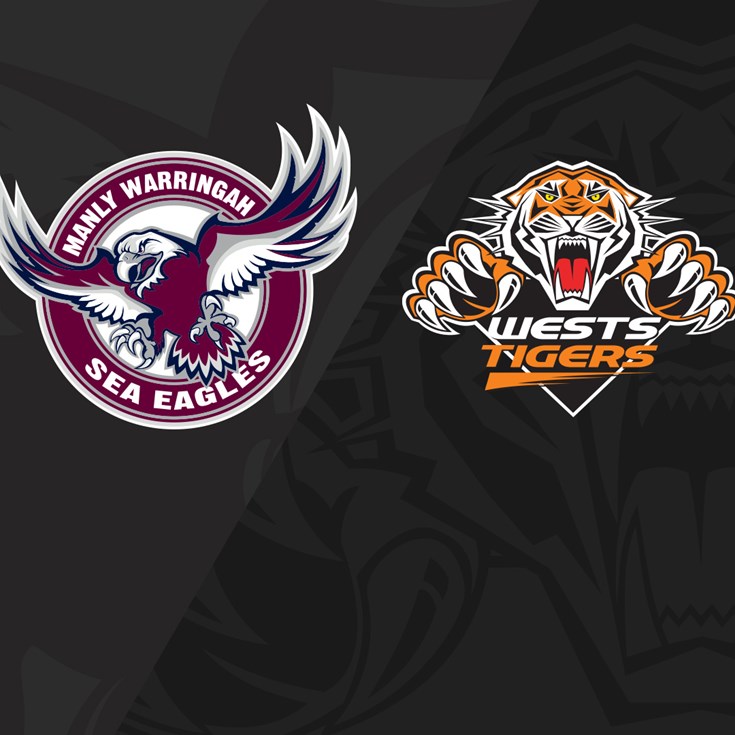