The ARL Commission has announced the national anthem will not be played at the All Stars match on the Gold Coast after accepting advice from the Australian Rugby League Indigenous Council.

In a statement released by the NRL, the Commission said it viewed the All Stars match as "an event unique to Indigenous Australians and the wishes of our players should be respected".

"This decision was made after extensive consultation with senior members of our indigenous playing groups and members of ARLIC."

ALRC Chairman Peter V’landys said it was an important role of the Commission to listen and consult with all players on issues that impact the game and individuals.

"The All Stars game was created as a celebration of Indigenous players and their culture," V’landys said.

"We have listened to our players’ concerns that the words of the anthem do not represent them or their families and does not include an acknowledgement of First Nations people.

"We respect their wishes and have agreed that the anthem will not be played at the All Stars match on February 22."

Dragons prop Josh Kerr proudly sung the national anthem before his Indigenous All Stars debut last season but he has welcomed the decision not to perform Advance Australia Fair at this year’s match.

Kerr’s view is one shared widely among the 12% of Indigenous players in the NRL, which led to the ARLC’s endorsing a recommendation from the ARL Indigenous Council that the national anthem no longer feature at All Stars matches.

Hear us. See us

Titans star Ryan James described the announcement from Thursday’s ARLC meeting as a "show of respect for our culture" and praised the commission for "backing the players".

"It is awesome for the Indigenous community and for our culture," James said.

Debate over Advance Australia Fair has been simmering since leading Indigenous players spoke out after electing not to sing it before last year’s All Stars match and during the State of Origin series.

For the players and many other Indigenous people involved in the game, it has been an issue for much longer and they believe most Australians will support the decision once it is explained.

"I have always stood up and honoured the anthem because I know a lot of people have fought and died or sacrificed a lot for that anthem but listening to the words and knowing where they come from it doesn’t seem right," Kerr said.

"The words say ‘for we are young and free’, but we are the oldest surviving culture in the world and let’s not forget that Indigenous people weren’t classified as humans until 1967.

"I know it is a very controversial topic but we need to be strong and we need to talk about these things."

James pointed out that when his mother, TerriLee, was born in 1960 "she wasn’t recognised as a human".

"I have come out publicly and said some of the lyrics in the song don’t represent myself and my family," James said. "We are not radical. We are not saying get rid of [the anthem]. We are just saying don’t play it at that one game."

Players discussed the anthem at an Indigenous leadership camp in December and their views were forwarded to a meeting of the ARL Indigenous Council, which is chaired by ACT Australian of the Year Katrina Fanning and includes the likes of Preston Campbell and Laurie Daley.

While they are prepared for an inevitable backlash to the ARL’s decision, the players insist they want other Australians to understand how they feel.

"I think a lot of people are just uneducated about why [Indigenous] people don’t sing the anthem and even the Australia Day debate and why people want to change it," Kerr said.

"They just need to go out to one of the missions, hear stories from elders and understand what has happened to us in the past. Our families have suffered.

"I think people’s views are changing and I think it is that uncomfortable topic of conversation that we need to start having so that people understand."

Kerr, a Ngugi, Noonuckle and Geopul man of the Quandamooka nation in south-east Queensland, admitted his own views had changed after being called into the Indigenous team for last year’s All Stars match in Melbourne.

Many of the Indigenous players didn’t sing Advance Australia Far but Kerr sung as his proud parents, John and Angela, shed tears in the AAMI Park crowd.

"I appreciate all the boys discussing it," he said. "It’s something I grew up doing but as I have got older and more educated I understand now and if my brothers in the team don’t want to sing the anthem, they are the boys I am running out to play with and I’m going to war with them.

"We need to have a constructive conversation about why things need to change and explain to people our story because I think once people hear why we want to change it they will understand.

"My mother had to be given up for adoption because her mother couldn’t afford her. These were very different times and my nana wasn’t classed as a human being.

"My mother told me that she had brothers and uncles who would say they had middle-eastern origins because they didn’t want to be classified as Aborigines because there was still racism. I could never imagine what they went through.

"It is because of those people and their struggles that we want to have a voice and speak up and change things because they couldn’t back in their day. Now we have the opportunity to do that and the All Stars game put us on a big stage."

Rabbitohs recruit Latrell Mitchell added his voice to the cause via Instagram, posting a photo of himself in a shirt featuring the Aboriginal flag.

“Being Aboriginal is not the color of your skin or how broad your nose is. It is a spiritual feeling, an identity you know in your heart. … It is a unique feeling that is difficult for non-Aboriginal to fully understand.” (@chukstagram 📸)

James, a Bundjalung man from the Northern Rivers of NSW, has educated himself about what happened on the frontier when Aboriginal people bravely fought back against overwhelming odds as their ancestral lands were taken by force.

"It was a war and they took our country. There was no terra nullius. It was just come in and take it. They said it wasn’t inhabited," he said.

"There was a lot of bravery but it is not a fair fight when it is guns against spears. A lot of people say the past is the past but you have to educate yourself about the past.

"There are a lot of other things that have happened in the background but as footy players we have a voice and we want to get a few little wins before the big wins happen.

"My mum has always taught me about our Indigenous heritage but you don’t really understand it until you get older. The older you get the more you realise how shocking some of [the history] really is. It is one of those things where education is truly the key."

James said "common sense" consideration and education should also make clear why celebrating Australia Day on January 26 was not acceptable to Indigenous people.

"If Australia got invaded recently and someone else took over the country, it would be like celebrating that day," he said. 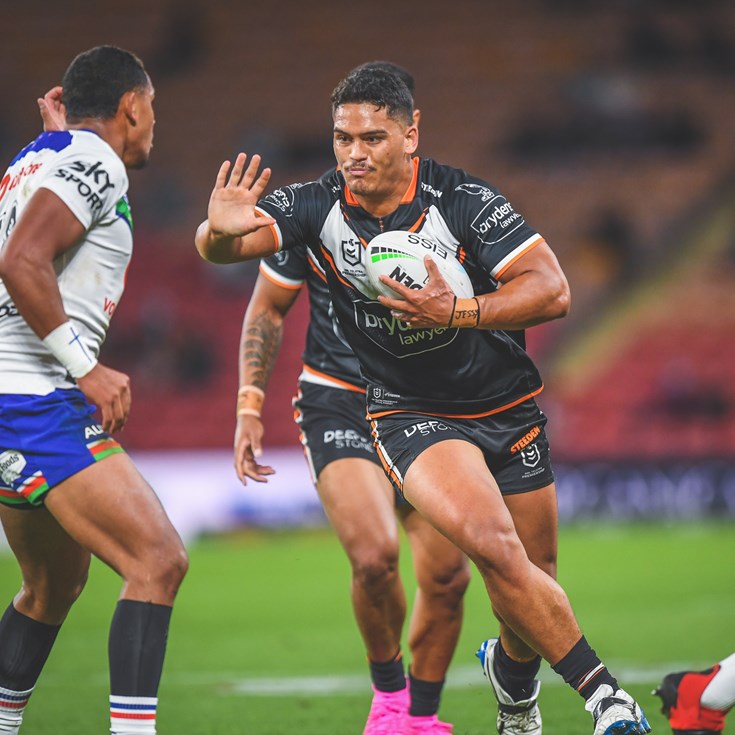