With the 2020 season set to return in less than ten days time, there's certainly plenty of excitement and anticipation for the year ahead.

While we won't see the full 25 rounds plus finals that we had originally expected, a revised NRL draw — which will be released in full on Thursday — still sees 20 rounds of regular season action scheduled in as well as finals, so there's more than enough footy for us to consume and look forward to in 2020.

With a maximum of 22 games in total to come this year (18 regular season games plus four finals games), we take a look at the records and individual milestones that could fall throughout the course of the revised 2020 season.

Legends closing in on elusive club

Wests Tigers Life Members Benji Marshall and Chris Lawrence are both closing in on the elusive milestone of 250 games for Wests Tigers — a feat which currently only one other player in Robbie Farah has achieved. While the pair won't hit Farah's record of 278 games for the club this year, Marshall (243 games) and Lawrence (242 games) will likely bring up the milestone at some point this season.

While Lawrence and Marshall stand well clear of many in terms of games for Wests Tigers, several experienced players could also still bring up some important milestones this year in terms of their individual careers.

Corey Thompson (79 NRL games) and Michael Chee Kam (78 NRL games) could both rack up the century mark this season, while Thompson is also one of two players on track to play their 50th game for Wests Tigers this year. Assuming they play every game, Thompson will reach the mark in Round 8 while co-captain Moses Mbye will join him shortly after with the milestone in Round 12.

Currently on 131 games for Wests Tigers, Luke Brooks is also eyeing off an intriguing milestone with the chance to move in to the top ten all-time capped players for Wests Tigers. Should the local junior play 20 games this year, he would move to tenth all-time on 151 games — level with Ben Galea and Todd Payten.

Rookies in the mix for NRL debut

With no Canterbury Cup or Jersey Flegg competitions in 2020, training standards will be at an all-time high this year as players push to impress and stake their claim for a spot in the 17 each week. For Wests Tigers, several uncapped rookies will be gunning to make their debuts with Alex Seyfarth, Dylan Smith, Sam McIntyre and new recruit Shawn Blore all ones to keep an eye out for this season.

Shawn Blore on why he joined Wests Tigers

Every player to play first-grade for Wests Tigers is awarded an official player number, and we've already seen five players handed their numbers earlier this year — Joseph Leilua (#226), Adam Doueihi (#227), Billy Walters (#228), Luciano Leilua (#229) and Zane Musgrove (#230). That brings us to the question of who will be Wests Tigers Player #231, with Harry Grant the only other player in this year's squad who has played first-grade but not made their Wests Tigers debut.

When asked about the hooker's chances of featuring in the Round 3 side last week, Maguire commented that Harry was "pushing really hard for that dummy half spot — he's doing really well" so that might give us some clue there... but we'll have to wait until next week's return to action to officially know one way or another! 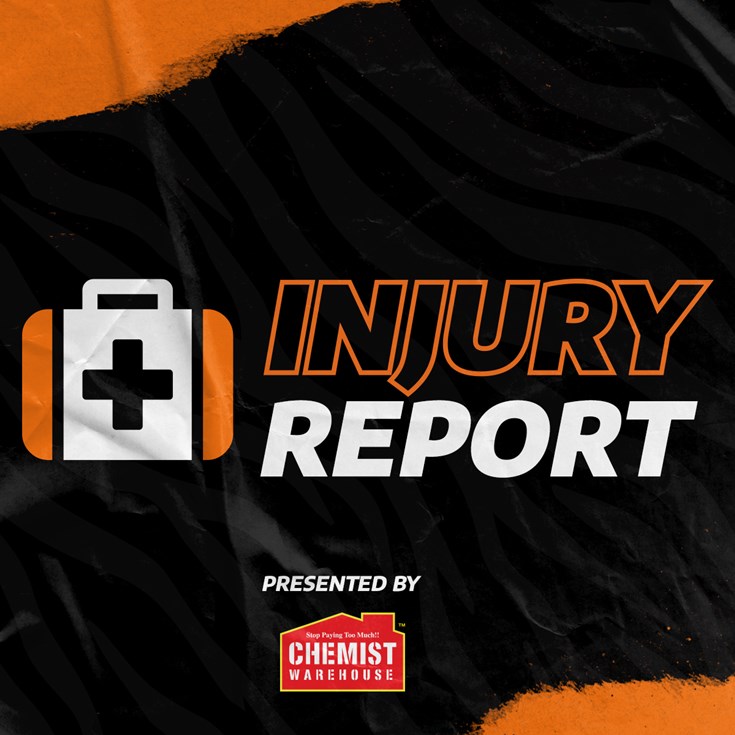 Presented By Chemist Warehouse 2 hours ago