Wests Tigers forward and local junior Alex Seyfarth will become Wests Tigers Player #232 this Saturday after he was named to make his first-grade debut in Round 3.

A Dundas Shamrocks junior, Seyfarth will join new recruit Harry Grant (Player #231) as the two new faces named by Coach Michael Maguire for this week’s clash against the Cronulla Sharks — listed to come off the bench in jersey 17.

A local junior of the club, Seyfarth began his Wests Tigers career as part of the Jersey Flegg squad in 2017 and 2018, with the quality young forward impressing in his second season to be named the club’s U/20’s Player of the Year.

Cutting an imposing figure at 194cm tall and 100kg, Seyfarth featured for Wests Tigers earlier this year as part of the 2020 Perth Nines and is one of five local juniors set to line up for the club this week against Cronulla. 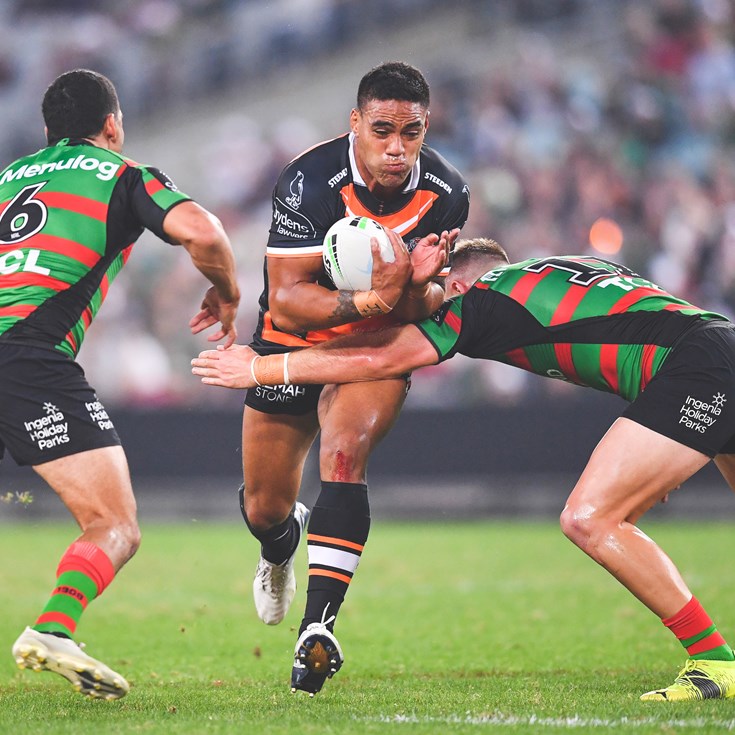