Wests Tigers have showed their resilience and class in attack to record a 28-16 win over the Cronulla Sharks tonight — coming from behind in the second half to emerge with the two points.

In the first game for over two months for both sides, it was the visitors who raced out of the blocks to lead 10-0 early on before a Sharks surge saw them take the lead just before half-time — thanks to a masterful game from Wade Graham.

Michael Maguire's side would rally again, though, keeping the Sharks at bay for the entire second half to finish the better and walk away with their second win of 2020.

Playing in his first game for the club, it was a dream start for Harry Grant and Wests Tigers with the number nine diving over off a short ball from Luke Brooks after just five minutes. Brooks' return had a noticeable return on the side's attacking cohesion, with the star halfback again contributing to points shortly after when he challenged a towering kick from Marshall to give Robert Jennings a simple four-pointer.

It was all Wests Tigers in the early stages, but their 10-0 deficit was soon erased with Wade Graham pulling the strings on the left edge to give Josh Dugan two tries within the space of five minutes. Johnson's split conversions from out wide would bring the two sides level and in to more of a traditional arm-wrestle.

Graham continued to cause the visitors problems with a short kick putting Sione Katoa away down the edge, which would eventually to lead to points for Cronulla as William Kennedy capped off a clever pass from Scott Sorensen.

That would give the Sharks a deserved 16-10 lead at the break — built off the back of their advantage in field position, possession and completions.

Needing to produce a similar start in the second half to that of the first, it was the Wests Tigers who crossed for first points after half-time with Marshall firing a superb cut-out to David Nofoaluma, who linked back up with Luke Garner to score.

Marshall's difficult sideline conversion attempt was again successful, however, leaving the Sharks in front by a slender two-point margin.

Seemingly unperturbed by their early 10-point lead disappearing, Maguire's men would level the match through a Marshall penalty goal before Nofoaluma would produce one of the solo tries of the season — dancing his way through several defenders before stepping inside Kennedy to score his fourth try of 2020.

Mbye would take over the goal-kicking duties in his first match from injury, slotting his first attempt from out wide to extend Wests Tigers lead to an unassailable lead which they would hold through the final minutes of the match — adding one final penalty goal as time expired to finish with a 28-16 victory.

Wests Tigers will look to make it back-to-back wins for the first time in 2020 when they take on the Gold Coast Titans next Sunday at Suncorp Stadium. 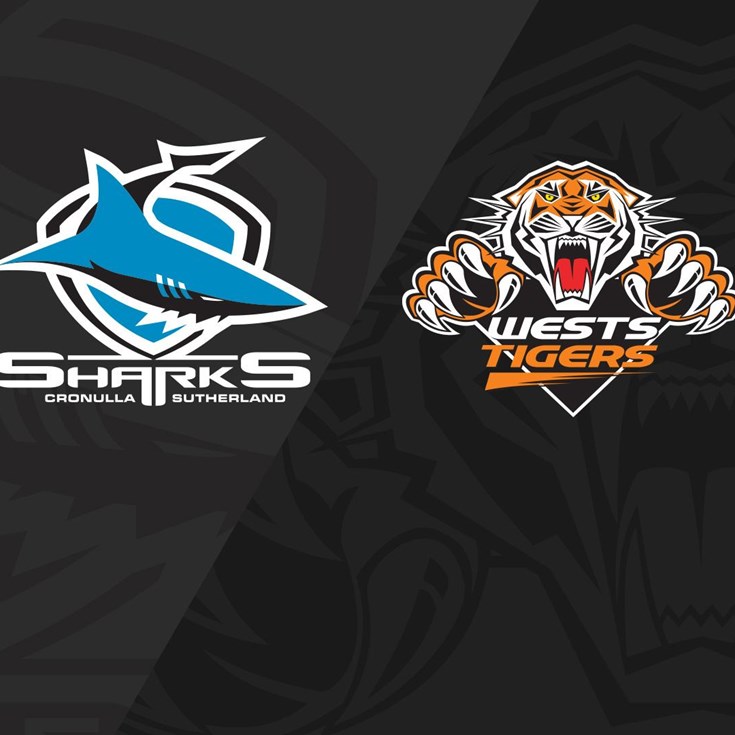