Wests Tigers Coach Michael Maguire has updated his 19-man squad to face the Brisbane Broncos tomorrow for their Round 10 clash.

Kickoff for the match is at 7:55pm on Friday night as Wests Tigers prepare for their first game at Leichhardt Oval since the return of the 2020 season in May.

After a positive week of training, Maguire has confirmed an unchanged lineup for Friday's game with Billy Walters and Benji Marshall set to start in the halves.

Marshall returned to the side last week off the bench but steps in to the halves this week in place of Luke Brooks while Walters starts in place for Josh Reynolds, who will miss the next two matches due to a suspension picked up in Round 9.

Russell Packer, Sam McIntyre and Chris McQueen also all return to this week's team — the latter for his first game of the season — while Tommy Talau will start on the wing after missing last week's game with a hamstring complaint.

Having undergone mandatory COVID-19 testing, both David Nofoaluma and Josh Aloiai have been retained in the squad with results of those tests still unknown.

The pair will likely find out the results of their tests on Friday morning.

Oliver Clark and Michael Chee Kam remain in the updated 19-man squad as reserves, with final team lists for both sides to be confirmed at 6:55pm, Friday. 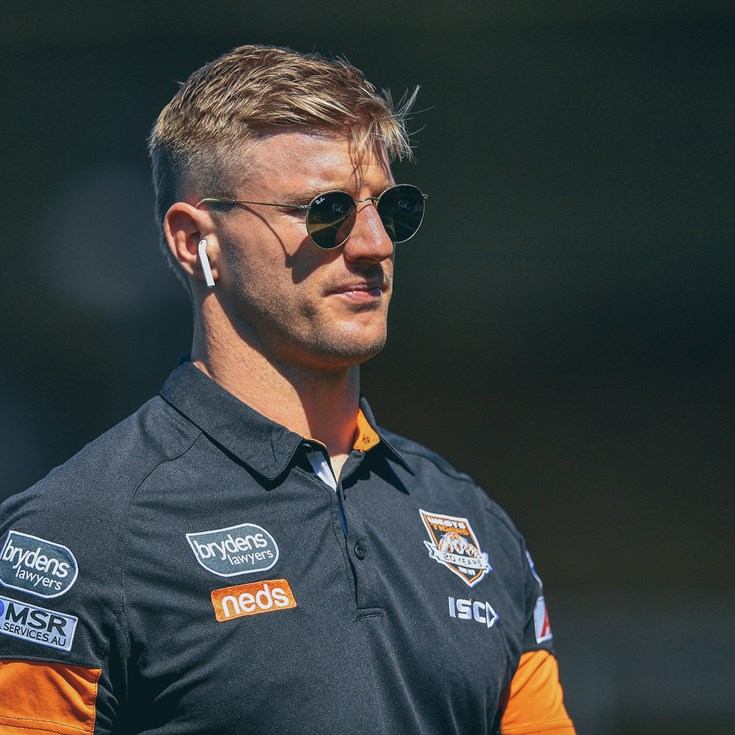 Luciano Leilua strolls through a gap

Nofoaluma goes in with the Broncos defence nowhere to be seen