Wests Tigers will look to bounce back from a last start defeat when they take on the New Zealand Warriors this Friday night at the Sydney Cricket Ground for their Round 12 clash.

Despite showing plenty of fight and determination against an in-form Parramatta side last weekend, Wests Tigers were unable to overcome a mounting injury toll and topple the Eels in the end — leaving them back outside the top eight and desperately needing the two points on offer this weekend.

Last week's injury toll is expected to dramatically improve this weekend in a boost for the side, with Alex Twal (knee), Thomas Mikaele (knee) and Luke Garner (concussion) all set to return.

Michael Chee Kam has not been named after his heavy knock last week, while Russell Packer will miss the game after accepting a one-match suspension.

Despite going down to the two-time defending premiers last weekend, the Warriors will head in to Friday's contest confident of producing a similarly determined effort this time around as they look to stay away from the bottom of the ladder.

The visitors will be without star wingers David Fusitu'a and Ken Maumalo after they both opted to return home to New Zealand, while Agnatius Paasi also made the decision to return across the Tasman. That opens the door for on loan duo Daniel Alvaro and George Jennings to make their debuts for the club, while Wayde Egan is also set to return after missing last week with a rib injury.

Wests Tigers — Wests Tigers welcome back a number of key players with Alex Twal, Thomas Mikaele, and Luke Garner all available. Michael Chee Kam (concussion) and Russell Packer (suspension) won't play, while Adam Doueihi is expected to be be right despite a head knock last week.

New Zealand Warriors — On loan duo George Jennings and Daniel Alvaro will both play in their club debut for the Warriors with David Fusitu’a, Ken Maumalo, Agnatius Paasi and King Vuniyayawa all returning home to New Zealand. Wayde Egan returns from a hip injury to take the place of Chanel Harris-Tavita (forearm) while Patrick Herbert returns to the side on the wing.

At Sydney Cricket Ground — Yet to play at the SCG. 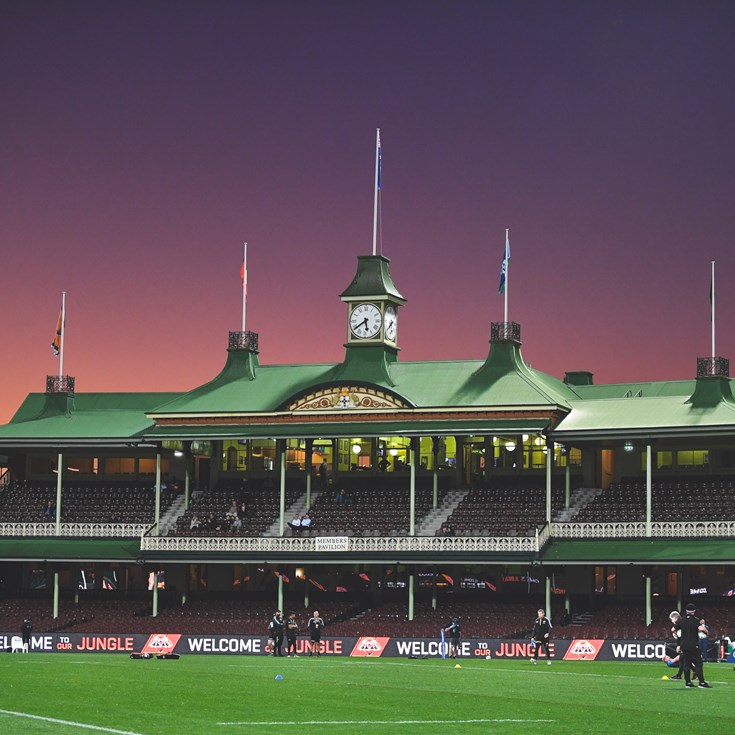 All the photos from Round 12!