Wests Tigers Coach Michael Maguire has named his 21-man squad to take on the Manly-Warringah Sea Eagles for their Round 17 clash this Saturday.

Coming off a last start defeat to the Penrith Panthers, Maguire has made several changes to the side with co-captain Moses Mbye named at fullback for the first time this season. Adam Doueihi moves to centre in return, while rookie Asu “AJ” Kepaoa starts on the wing in place of Tommy Talau.

After missing last week’s game due to the birth of his son, Josh Aloiai returns in the front row alongside Thomas Mikaele with Matt Eisenhuth dropping to the bench.

Eisenhuth takes the place of Shawn Blore, who has been omitted from the squad, with Chris Lawrence, Josh Reynolds and Russell Packer joining Talau in the reserves.

Both sides will provide updated 19-man team lists at 5:30pm on Friday, before finalising their side one hour prior to kickoff (4:30pm, Saturday). 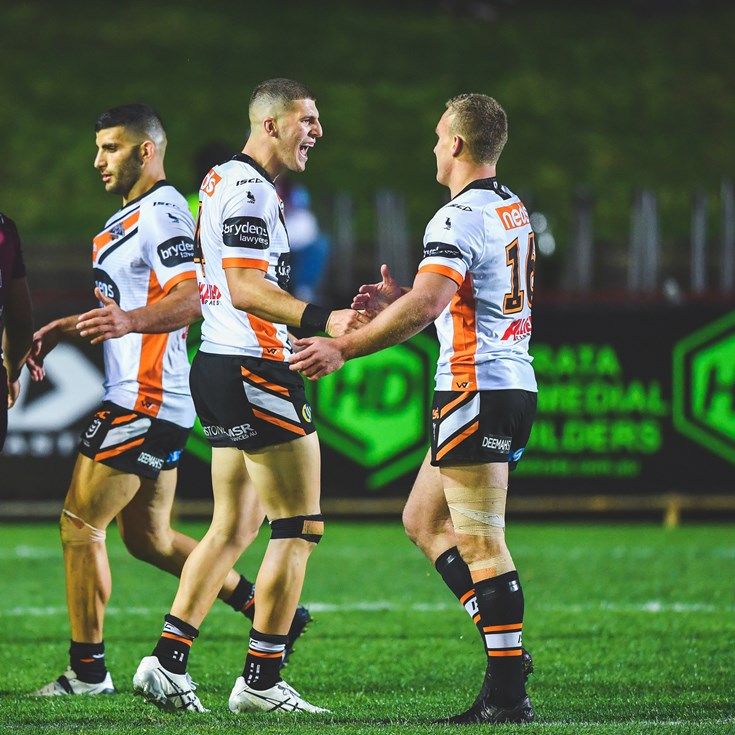 All the photos from Round 16!